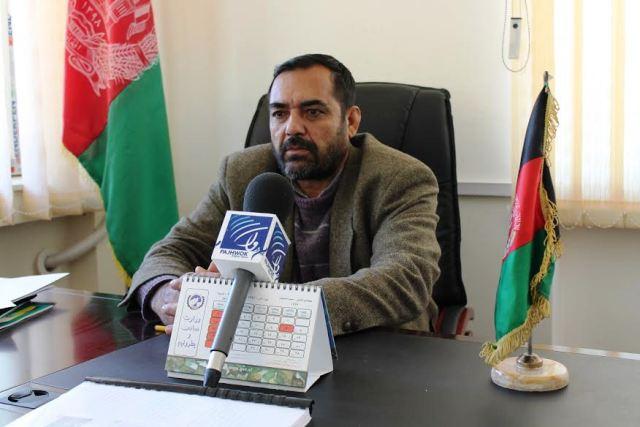 KANDAHAR CITY (Pajhwok): Despite insecurity, four mines of lead, zinc and talc have been put on offer to launch their survey and extraction in southern Kandahar province, an official says.

Insecurity and lack of professional workers hinder efforts at surveying and mining the riches, but a decade-long contract has been awarded to a local company for extracting fluorite gemstone deposits.  A survey has been completed and the extraction process launched.

Industrially used as a flux for smelting and producing glasses and enamels, fluorite deposits are found 160 kilometres from Kandahar City, the provincial capital, in the Nesh district’s Bakhot area.

The director said the fluorite deposits were currently being mined by “Amania Mining Company” and the firm had recently exported 2000 tonnes of fluorite to foreign countries to find market for it there.

Two mines of lead and zinc are up for bidding and some initials work has been done and the remaining process is expected to be completed soon.  The mines have been found in Shah Walikot district.

Two talc deposits have been put under bidding. One of the deposits is estimated to hold 10,000 tonnes of talc and the second 7500 tonnes of talc, a widely used substance known as talcum powder in loose form.

Talc powder is a household item globally sold for use in personal hygiene and cosmetics amid some suspicions its use promotes certain types of diseases.

The Kandahar mines official admitted no company had so far come forward to participate in the bidding process, rejecting claims that 90 percent of minerals were lost to unprofessional digging.

Tarakhel said except fluorite mine, no contract had been awarded for extraction of other minerals in Kandahar.  “When there is no extraction activity, how 90 percent is lost?”

He said mines in Kandahar were located away from people’s homes and residents could not illegally dig them.  However, he admitted Shah Maqsood gemstone deposits were illegally dug up in Khakrez district’s Darweshan area, but said it was on a small scale.

Some residents extracted and smuggled the stones (up to three kilograms) to Kandahar City to eke out a living. Shah Madsood stone is locally used in making prayer beads.

He said companies were reluctant to obtain contracts for extraction of the gemstone owing to insecurity, adding the issue had been shared with the Khakrez district chief and security organs, who promised to prevent illegal mining.

The director spoke about the department’s revenue collected this fiscal year. He said their income stood at nearly 13 million afghanis, with two million afs coming from the fluorite extraction.

He blamed their failure to survey mines on the dearth of skilled individuals in the department concerned.  If the relevant ministry helps appoint professionals, the department will complete surveys next year.

Another big problem preventing mining was insecurity that kept at bay local and foreign investors, the official said.

Tarakhel informed two salt mines had been discovered in front of Kandahar Airfield and in Takhta Pul district. Another one has been found in Shah Walikot district.

“To survey these mines, we need professional experts,” the official said, explaining the Shah Walikot mine, if large in size, could be used for power generation.

Coalmines in Kandahar were surveyed in 1965 and 1970 by local and foreign geologists, but no follow-up surveys to determine their volume and quality could not be carried out due to decades of conflict.