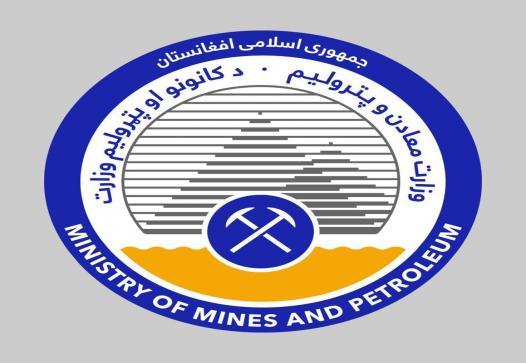 Covering parts of Faryab, Sar-i-Pul and Jawzjan provinces, Amu River basin is one of the country’s sixth basins, possessing around 80 million barrels of crude oil, according to surveys conducted by Swedish experts 84 years back.

A contract for extracting crude oil from Amu River basin was inked between the government, China National Petroleum Corp (CNPC) and Watan Group Company some three years ago.

But former officials of the Ministry of Mines and Petroleum and analysts say the contract was needed to be revised because some of the clauses of the agreement were in Afghanistan favour.

The nature of the contract and interests of stakeholders:

Contract of Amu River basin is the first of its kind in the country, which has been inked and both CNPC and Watan Group would jointly exploit crude oil from this basin during 25 years.

But former officials of the Ministry of Mines and Petroleum said the move would harm Afghanistan’s interests.

Mohammad Akram Ghayasee, ex-deputy minister of mines and petroleum, in his interview with Hasht-i-Sobh daily, voiced concerns over the project.

He said contract for extracting oil from three blocks of Amu River basin was not transparent and in contrast with the country’s mining law. “Delivery of three oil blocks of this basin is questionable and a matter of concern. The contract is inked in haste without keeping scientific principles in mind.”

According to Ghyasee, the ministry has given privileges of 40 percent to the companies as compared to 10 to 20 percent in other countries.

A mining sector analyst, Eng. Habibullah Sharifi, says the agreement is not in favor of Afghanistan in the current situation. “The revenue goes to the government are very less comparing to other countries,” he noted.

In similar contracts in foreign countries, he argues between 80 to 90 percent revenue achieved from fuel go to governments and between 10 to 15 percent revenues to companies.

The official said detection and exploration studies on Amu River basin were carried out by Russian experts. The status of the contract shows that the ministry has awarded the contract for this basin to firms of China and Watan Group. Watan Group belongs to Ratib Popal, a cousin of ex-president Hamid Karzai.

Another analyst, Jawed Noorani, said: “The contents of this contract are provided as per international standards, but Watan Group and CNPC failed to implement major parts of the agreement.”

He believes most of the terms of the contracts were not implemented and the situation would further deteriorate in absence of proper observation of the companies.

Noorani added: “Both corps is yet to build a refinery inside the country as part of the contract. The refinery construction can be helpful for Afghanistan, which will also help bring down oil prices as well.”

A Wolesi Jirga member, Abass Ibrahim Zada, urged the president and chief executive to take action in this regard, saying that the contract had been inked owing to meddling of influential figures.

But Acting Minister of Mines and Petroleum, Abdul Jalil Jamrani, insisted this contract was based on international standards and in larger interests of Afghanistan. “The inking of this agreement provides more help to the government as compared to other contracts.”

Jamrani added: “We have four sources of revenues in this project: Gaining of 15 percent in royalty from extracted oil, 65 percent profit of the project goes to government, charging tax on profit of the contractor firm in accordance with our tax law.”

If they calculate mentioned figures, it increases share of Afghanistan to 80 percent and benefit the company upto 20 to 25 percent revenues.

He acknowledged the company failed to abide by terms of the contract, prompting them to impose fines on it. Each year, Jamrani asserted, they inked contract with a foreign company to monitor their performance and report accordingly.

Challenges before this project:

Presently, 350 security personnel are providing security for Amu River Basin. However, some officials express concern about security at this field.

Earlier, he added: “The companies extracted daily 300 tonnes of crude oil while now the production process has been stopped that inflict financial losses on the company daily.”

On other hand, Mohammad Hashim, a resident of Sar-i-Pul province, who leaves at a 10 kilometres distance from the site, says most of the people are jobless and the company only hired a handful of individuals in disregard with its previous commitment.

An engineer who works for the firm wishing anonymity said that neighboring Uzbekistan refused to allow them to refine crude oil there.

It was direly needed to transfer crude oil for refinery purposes abroad, he said, adding that there was no contract with the neighboring country in this regard. However, he said negotiations were underway to resolve the problem.

Jamrani said: “Our refinery system has lack in proper capacities, and the crude oil owing to high density should be refined in large refineries with mega capacities.”

Afghanistan has transit problems with Uzbekistan, he said, asking the Ministry of Commerce and Industries to help resolve the problem.

Musafir Qoqandi, spokesperson of the Commerce and Industries’ Ministry, said refining responsibility of crude oil was up to the relevant ministry and they have nothing to do with the issue.

Progress on the project:

As per the contract, Amu River basin is divided into five blocks such as Qashqari, Bazar Kami, Zmard Sai, Aaq Darya and Angot. At least 150,000 barrels of oil was supposed to be exploited from Qashqari and Angot blocks during the first year.

The figures should be increased to 123,000 barrels daily by the approaching of the fourth year as oil extraction process extended to the rest three blocks.

Habibullah Sharifi, the mining sector analyst, says most of the terms of the contract are not fulfilled after two long years.

In order to protect the environment, the companies should use advanced technology, Jawed Noorani noted. The residents of the locality complained that potable water has been contaminated since the beginning of work on the project. Abdul Ghafoor, a resident of the locality, said the oil extraction process multiplied their problems but nobody could be held accountable.

No construction of refinery:

At the time of inking contract the project, officials of Mines and Petroleum Ministry had said both companies would export crude oil abroad within two years. It further said that crude oil would be refined inside the country following construction of a refinery. But there is no reference to any refinery in documents of the contract.

In another document inked among ex-minister Wahidullah Shahrani, officials of CNPC and Watan Group, they had agreed on establishment of an oil refinery in the site. According to this document: “The parties are interested to establish a refinery for crude oil and liquid hydrocarbons inside the country.”

Whilst there is no reference to capacity of the planned processing plant, however, signatures of officials of the firms and Shahrani are available on the document.

Eng. Sediq Nekbin, a mining sector analyst, believes that construction of the refinery is of great necessity for Afghanistan. The government should motivate other companies to do so if relevant companies continue ignoring their commitments.

He said: “About 25 acres of land is allocated for the purpose and its work will begin soon.” But Sar-I-Pul provincial council director, Asadullah Khuram, criticized both the firms as inefficient.

“Our two demands of hiring residents of the area and carrying out refinery process in the field by the contractor companies cannot be met so far,” he complained.  He warned people would take action against the companies if they failed to materialize their previous pledges.