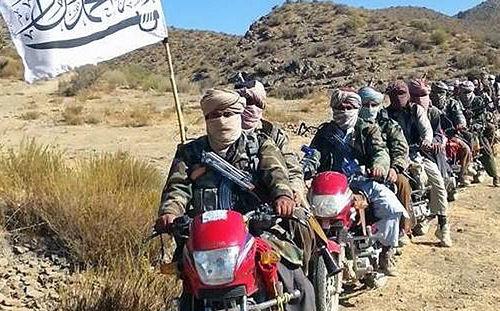 However, the Taliban said they were fighting against Islamic State (IS) fighters, claiming US forces had dropped bombs over Taliban gunmen.

Mohammad Hanif, a resident of Gomal district, told Pajhwok Afghan News heavy fighting was underway between two rival groups from the past one week, with both sides suffering casualties.

He said gunmen loyal to Taliban’s supreme leader Mullah were operating in the district, but the fights took place after a commander of Mansoor joined a splinter group led by Mullah Mohammad Rassoul.

A credible government official in Paktika, who wished not to be named, said the clashes were ongoing between fighters loyal to Mansoor and Rassoul.

He said around 70 fighters on both sides had been killed so far during the clashes which mostly occurred near the Durand Line. He said important Taliban commanders including Hizbullah, the group’s shadow district chief for Argun district, had also been killed, the source said.

On the other hand, governor’s spokesman Nabiullah Peerkhil said dozens of rebels including their commanders had been killed during the infighting.

He said both Taliban militants and Haqqani network gunmen were fighting against Mullah Rassoul’s men, who suffered most of the casualties.

But a Taliban spokesman Zabihullah Mujahid said they were fighting against Daesh fighters in Gomal district.

He also said US airstrikes killed 13 Taliban militants fighting against Daesh fighters. An IS commander Obaidullah Hunar was also killed during the clashes with Taliban, Mujahid said.