Children abductions in Afghanistan: a form of human trafficking 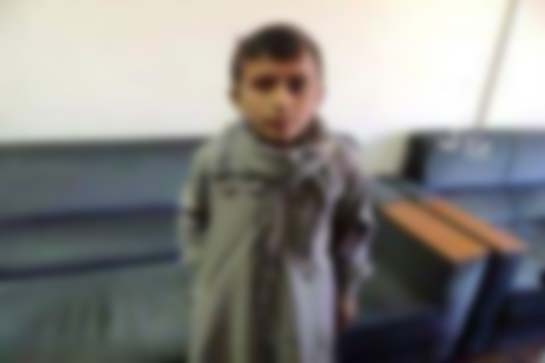 Children abductions in Afghanistan: a form of human trafficking

KABUL (Pajhwok): Child kidnapping incidents have recently spiked in the country. After their abduction, some children are sexually assaulted — an act called human trafficking.

In addition to insecurity and poverty, human trafficking is another major issue being faced by most of Afghans. Children are kidnapped for different reasons, such as ransom, sexual abuse and family feuds.

One of the victims of human trafficking is Omaid (not a real name), 17, hailing from northern Kunduz province. Abducted in western Herat province, Omaid said his family had shifted to Herat in 2011 due to some problems.

The boy told Pajhwok Afghan News in an exclusive interview that he wanted to become a car mechanic. With this in mind, he joined an auto workshop in Herat City, the provincial capital.

“I was heading home from the workshop one evening when a vehicle stopped next to me and two men bundled me into the car. I fell unconscious and didn’t know what happened later on.

“After some hours, when I regained consciousness, I found myself inside a strange house,” he recalled. Omaid said he was kept in the house for two months and kidnappers asked his family for $50,000 in ransom.

“We moved from Kunduz to Herat due to economic problems. How my family would have arranged the huge amount the kidnappers demanded,” he asked, alleging he was sexually assaulted by his captors.

How Omaid was taken to Pakistan?

Omaid said when the kidnappers came to know that his parents could not pay the ransom, they decided to shift him to another place. “They put me in a car and we travelled for four hours.

“Finally, got out of the car and walked some distance before embarking on another vehicle. I was kept blindfolded throughout the trip.” He was in a new place and when opened eyes, it was morning. Omaid said the kidnappers transferred him to another people and they went back.

After some time, Omaid said, he realised he had been brought to Pakistan, where he was sold to a well-off man.

For four years, he worked in the house of the rich man. During the period, he was sexually abused. Without going into details, but said he managed to flee the house and come to Torkham port after four years with the help of some other Afghans.

From Torkham, he came to Kabul and contacted his family. Omaid rejoined his family, currently living in Kunduz province. He is not the only person having suffered this ordeal. Tens of Afghans have been victims of human trafficking. Some are still in captivity.

A report recently released by the Afghanistan Independent Human Rights Commission (AIHRC) said children’s kidnapping cases had been on the increase since 2014.

The report said children were misused for a particular purpose in different areas of the country. For example, the report said: “The children kidnapped are forced by drug smugglers to swallow capsules of heroin and smuggle them to Iran and Pakistan.”

Body parts of several kidnapped children are cut off for sale while some others are forced into working on farms. They are also subjected to sexual harassment, the commission alleged.

Abdul Waheed Hedayat, a member of the Tip High Commission, told Pajhwok Afghan News some groups and networks were involved in human trafficking in countries where the problem existed.

He called human trafficking a crime and those involved in such activity were awarded different types of punishments. “Human traffickers are sentenced up to 12 years in jail,” he said.

Efforts on to catch traffickers

A spokesman for the Ministry of Interior, Najibullah Danish, said a large number of human traffickers had been captured by police so far. Some gangs were out trafficking hums but police were trying hard to arrest them.

In response to a question, he said, “I don’t know their exact numbers, but the detective and intelligence organs do have statistics,” Danish added police had recently captured a group of kidnappers in Herat province.

Besides urban stations, police in border areas were trying to prevent human trafficking, he said.

Trafficking in human beings for the purpose of organ removal is encompassed within the definition of trafficking set out in the Palermo Protocol to the 2000 UN Convention.

It states: “Trafficking in persons shall mean the recruitment, transportation, transfer, harbouring or receipt of persons, by means of the threat or use of force or other forms of coercion, of abduction, of fraud, of deception, of the abuse of power or of a position of vulnerability or of the giving or receiving of payments or benefits to achieve the consent of a person having control over another person, for the purpose of exploitation.

“Exploitation shall include, at a minimum, the exploitation of the prostitution of others or other forms of sexual exploitation, forced labour or services, slavery or practices similar to slavery, servitude or the removal of organs.”