U-19 World Cup: Afghan team off to New Zealand 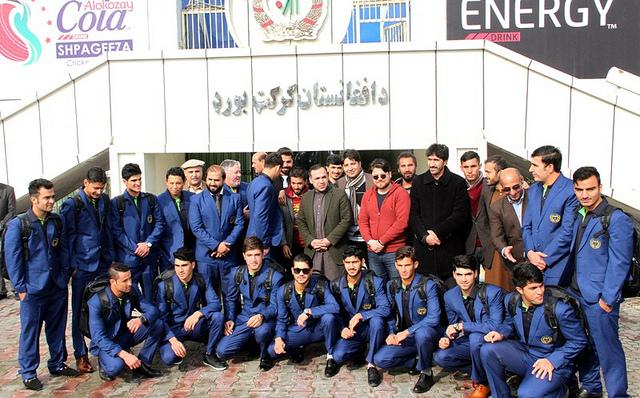 U-19 World Cup: Afghan team off to New Zealand

The Afghanistan, Sri Lanka and Ireland in the group stage matches.

“The U-19 team is taking part in the World Cup with complete preparation and we hope they will win become the winners,” he added.

Team coach said the team was fully prepared in all three departments the batting, bowling and fielding. The preparation was on global standard and hopefully the team would put up a good show in the global championship.

He said Afghanistan was participating in the World Cup having won the Asian Cup.

Skipper Noor-ul-Haq Nawin said: “We are prepared and will work according to the plane to get the results.”

Qais Ahmad Kamawal, a team player, said he was fully prepared to take part in the World Cup.

The team has practiced very hard for one month. “Hopefully we will win the World Cup,” he said.

Teams from 16-nation take part in the global championship which will begin from January 13 to February 3.