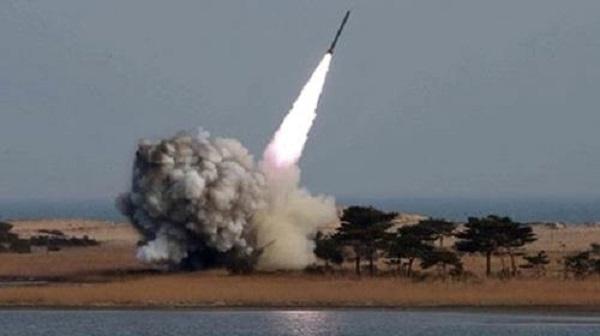 KABUL (Pajhwok): The Afghan government has condoled with Saudi Arabia authorities over a missile attack from Houthi rebel group in Yemen aimed at the Royal Palace in the kingdom’s capital, Riyadh.

Reports said the Yemeni rebel group fired a missile towards Riyadh on Wednesday, but Royal Saudi Air Defense forces intercepted the missile in the air. Houthi militants had said their target was the Royal Palace.

After the attack, Saudi-led coalition forces bombed Houthi militants’ hideouts in Yemen, in which many people were killed and scores of others wounded.

A statement from the Afghanistan Presidential Palace received by Pajhwok Afghan News expressed condolences to Saudi Arabia over the attack.

It said extremism, terrorism and violent activities could not help resolve problems, but instead further created problems and threatened peace of nations and countries.

The statement said the Afghan government expressed condolences over the attack on Saudi Arabia as it believed using terrorism as a pressure tool was never justifiable.

The United States also condemned the attack and said the missile fired by Houthi rebels was made in Iran.

Previous such attempts from the Shiite rebel group in Yemen on Riyadh and Mecca cities of Saudi Arabia had failed to reach targets.