Girl, 16, used as sex slave for sin her stepfather committed. 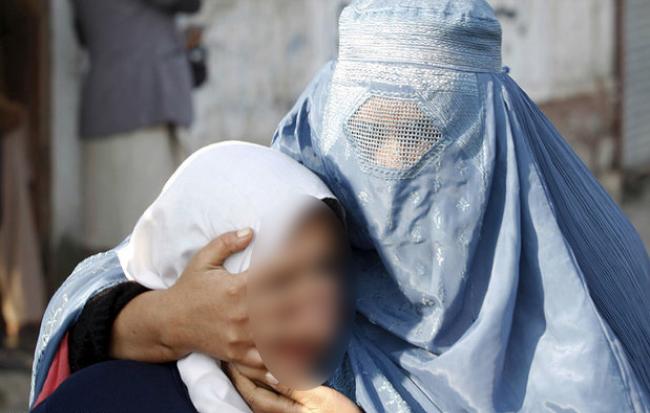 Girl, 16, used as sex slave for sin her stepfather committed.

KABUL (Pajhwok): She was 12 years old when her step-father raped her and was married to a man when she was 16 and her husband has been treating her not as a wife but as a slave after knowing about the rape.

Shazia (not real name), is a resident of capital Kabul. She told Pajhwok Afghan News that she was in her mother’s womb when her father was killed by the Taliban, an incident that destroyed the family.

“My mother could not tolerate that situation and decided to marry another man who was her colleague in the past. He already had a wife. My mother also took me to my stepfather’s home when I was three years old,” Shazia added.

“I started a new life with my stepmother, sisters and brothers, but we had no good life and we spent years full of problems,” she said.

“I was 12 when the bitter incident happened. That day I was alone in our home and busy in the kitchen, my stepfather came in and suddenly gripped me from behind. I was shocked and tried to shout but he put his hand on my mouth and then raped me.”

As she swallowed down a lump in her throat, she said: “I wish I was covered in a shroud and buried in grave instead of wearing the wedding dress. Now I feel like I am buried alive.”

Nafas Gul (not real name), 50, the mother of Shazai, who went to Logar province to visit her daughter, said after the death of her spouse, she married a man who had three daughters and two sons from his first wife.

Gul, who apparently looked perturbed and wretched, said she accepted her second marriage due to suffering from poverty and her colleague’s emphasis.

About her and her daughter’s lives after marrying her colleague (Gul Mohammad), Nafas Gul said, “We had a hard life, I wanted to send my daughter to school but my husband did not allow this. He would say education is unnecessary for girls because they get married.”

She sighed sadly and said: “My husband threatened me and my daughter with elimination if anyone got aware of his sexual assault on Shazia.”

Gul, an uneducated woman, said she heard a few days back about her daughter’s situation but she could not share it with anyone or with the government because she did not know about legal cases.

“It was four years ago when a man from Mohammad Agha district of Logar province requested my daughter’s engagement to his son. I did not agree because his son was jobless, but my husband emphasized I had no option but to accept the proposal,” she said.

While clearing her tears with her shawl, the woman said: “My husband took money from that man and he sold my daughter. The family members of the bridegroom came a few days later of the engagement and took my daughter to their home without organizing a wedding party.”

“But not very longer, the bridegroom brought my daughter back in a car and threw her at our home saying take your girl back, the groom also gave me a cassette in which my daughter’s story of her rape was recorded,” she added.

She said: “For the protection of our dignity, I told the groom not to make noise about the issue and take my daughter back with him, he took my daughter back but he married a second woman and now my daughter is used as a slave, she is tortured and beaten on a daily basis.”

She said that the situation of her daughter never improved whenever she visited her. “For the first time when I visited my daughter in her house, she was beaten with a poker and her body was red and dark.

“For the second time when I visited her, her eyes were turned dark because she endured beatings, but we have tolerated this situation,” Nafas Gul said.

Shams Rahman Frotan, an Islamic scholar about this case, said: “The stepfather of this girl has committed adultery and he must be punished according to Islamic rules, he can be hanged if investigations found him guilty.”

“This girl did not commit any sin, the sinner was the person who forcefully assaulted her. This girl can divorce her husband with whom she has no good life and she can live where she feels happy and honorable,” he said.

Latifa Sultani, the women’s affairs head for the human rights commission of Logar, seriously condemned the incident and said the case had not been reported to the commission so far.

“Whenever the victim of this case approaches us, we would not only help her but would closely follow her case with judicial organs and we would advocate to get punished the perpetrator,” she said.

She said similar cases happened in other areas as well but they went unreported because the victims were threatened.

Mohammad Hassan Salimi, Trafficking in Person (TIP) high commission secretary at the Ministry of Justice, said, “The husband of this girl should not torture her because she had not committed any sin.”

However, about the violence the girl was suffering, he said, “The girl is treated as a sex slave, it is a type of human trafficking which should be addressed, this girl should be supported.”

Shima Zargar, the provincial women’s affairs director, said the case had not been reported to them so far.

“If this girl refers to us we can take her divorce from her husband and rescue her form the unfortunate life,” she concluded.

Article 11 of the “Law to Combat Trafficking in Persons and Smuggling of Migrants” says “If the perpetrator is the spouse, parent, guardian or custodian of the victim, or a public official, long term imprisonment of not less than ten years,”

“If the perpetrator committed adultery (zina) or sodomy with the victim; in absence of the conditions for implementing of Had (Sharia punishment) long term imprisonment of more than 12 years,” the article says.