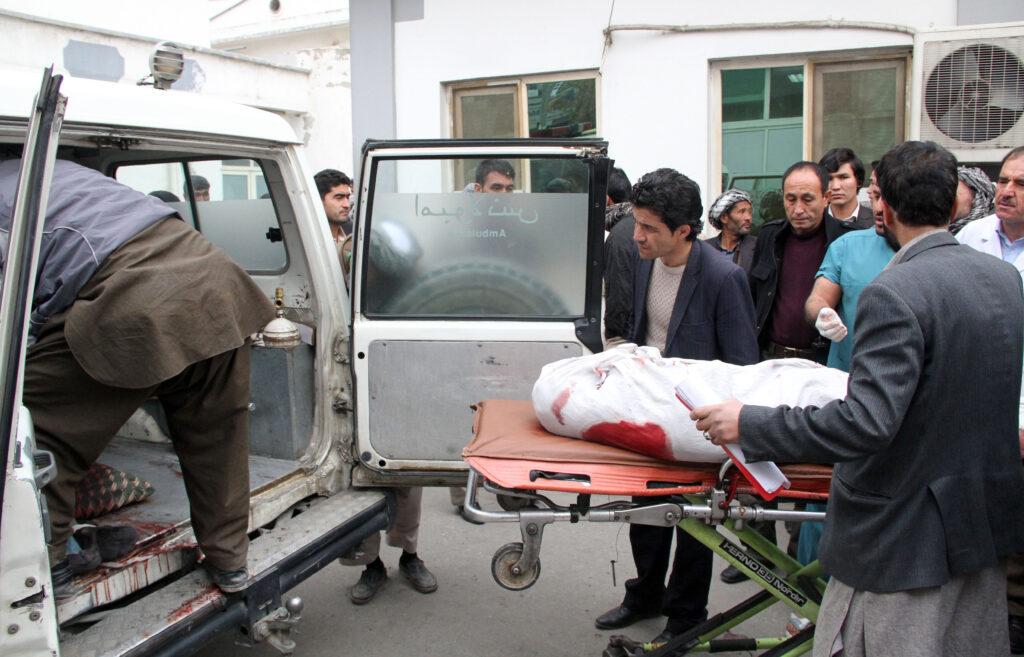 KABUL (Pajhwok): The month of July saw the conflict-induced casualties rising by 29 percent in Afghanistan as compared to June’s casualties. Nearly 2,800 people were killed and injured last month in 239 attacks.

However, the July’s casualties show a 10 percent decline over the casualties in July 2017.

According to Pajhwok Afghan News reports from different areas of the country, there were 239 attacks in July compared to 198 attacks in June.

In these attacks, according to Pajhwok reports, 1,641 people were killed and 1,113 others injured in 31 out of the total 34 provinces.

In July, among every 28 victims, 16 suffered casualties in face to face fighting between insurgents and security forces, three in airstrikes and targeted attacks and two in blasts.

Most of the attacks (31 each) happened in Faryab and Nangarhar provinces and the least attacks took place in Sar-i-Pul, Daikundi and Maidan Wardak province.

Half of the total attacks took place in Faryab, Nangarhar, Helmand, Ghazni, Kabul and the remaining half in 26 other provinces while Pajhwok received no report of casualties from Bamyan, Nuristan, Takhar provinces last month.

Military affairs expert Gen. Zalmai Wardak termed the presence of Daesh in Nangarhar and Faryab provinces a reason behind the growing incidents of insecurity and attacks.

The expert believed the militants had focused most of their attacks in Kabul for capital of the country and to attract greater attention of the international community.

“In Ghazni, the insurgents want to create a central area for themselves and launch attacks on neighbouring provinces.”

He also linked the increasing attacks to the increased in operations against militants.

Ministry of Defence (MoD) officials said military operations were conducted in areas where insurgents were active.

According to Pajhwok reports, 1,641 people lost their lives and another 1,113 were maimed in the month of July.

Rebels, security forces and civilians were among the dead and wounded, but Pajhwok could not share separate and exact numbers of the dead and injured because different sources provided different figures.

According to Pajhwok reports, most of the casualties happened in eastern Nangarhar province.

July 22 was the deadliest day when 227 people were killed and 91 others injured in various parts of the country.

On this day, most of the casualties happened in Dasht-i-Archi district of northern Kunduz province. According to reports, 80 people were killed and 25 others injured as a result of clashes between security forces and militants.

The conflict in Afghanistan involving Taliban militants, the Afghan government and international forces has been in its 17th year.

Pajhwok monthly reports show that militant attacks carried out more attacks and there were more casualties in spring and summer compared to fall and winter last year.

Casualties’ figures show that the ongoing solar year is more violent than the last year.

On average, more than 15,000 people suffered casualties in the first seven months of the current year compared to 14,000 people during the same period last year.

The figures show the level of casualties is soaring this year compared to the last year when 25,000 people were killed or wounded in Afghanistan.

The decades-long conflict and bloodshed in Afghanistan has forced people to launch peace movement and ask the warring sides to agree on a ceasefire.

Abdullah, a resident of Maruf district of Kandahar province, whose three nephews were wounded in a bomb blast last week, said that almost every family in their province had lost their beloved ones to the war.

“Most of the victims of the ongoing war are civilians. For how long this bloodshed would continue,” he asked.

He asked the warring sides to stop killing civilians and take care of their lives.

He said people’s safety was not possible until the war continued and it was the reason people were calling on all sides to agree on peace and bring the bloodshed to a halt.

Mohammad Nasar, 28, a resident of the capital of Farah province, said that one of his nephews, who was newly married and was a civilian, was killed in an attack.

“The war has destroyed Afghanistan, I don’t know for how long we will be killed, why they don’t show mercy to widows and orphans and the destruction we have now,” he added.

President Ashraf Ghani has offered unconditional talks to the Taliban who prefer talking instead to the US.

The insurgent group has reportedly started initial peace talks with US officials in their Qatar-based political office.

Daesh or so called Islamic State (IS) militants are also active in parts of the country and has so far carried out deadly attacks.