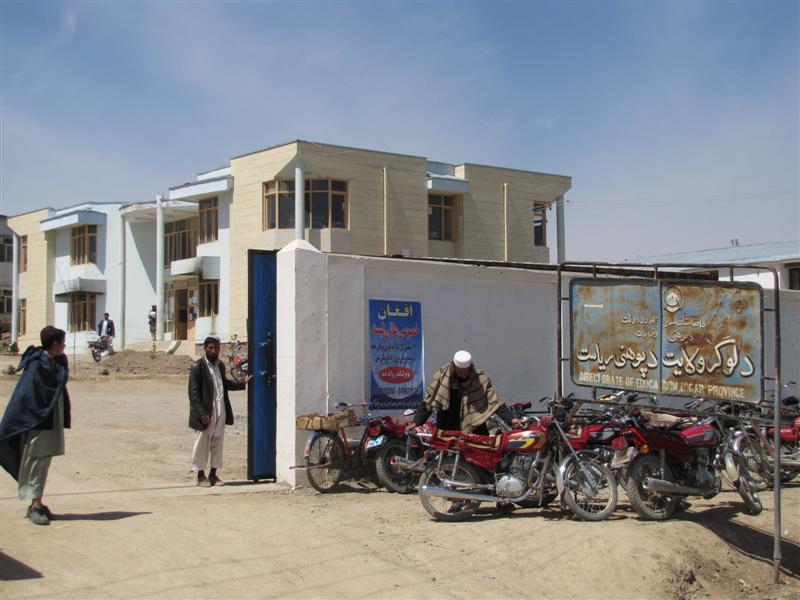 PUL-I-ALAM (Pajhwok): Thousands of school-age girls are yet to be enrolled in schools in remote parts of central Logar province due to security problems and cultural restrictions.

Mohammad Shapur Arab, spokesman for the Logar education department, told Pajhwok Afghan News that the education sector had significantly improved in the province during the past 15 years.

“But still some families in rural and remote areas do not allow their girls to attend school due to security problems and cultural restrictions,” he added.

He said around 40,000 girls were not allowed to go to school due to the mentioned problems despite recruitment of female teachers in schools in rural and remote areas.

“Many families think it is a shame to send girls to school while some families do not allow their girls to go to school due to security problems,” Arab added.

He said the education department had talked with ulema activists and had also launched public awareness programs about solution to the problem.

Kamila, a resident of Mohammad Agha district, told Pajhwok that her husband was refusing to allow their daughters to get education outside home.

“There is a special school for girls here, but three of my daughters do not attend it because their father does not allow them, he says he cannot tolerate people speak about his daughters,” she said.

Mohammad Nasar Ahmadzai, a tribal elder from Khwaja Ismail area of Kharwar district, said there were no schools for girls in the district and people also did not allow girls to attend schools due to security problems.

“People in Kharwar are from Pashtun outside of home, 99 percent of women here are uneducated,” he said.

Asima, 15, a resident of Purk area of capital of Logar, said there were thousands of girls barred by their families from going to school.

“I love writing and reading, but our elders do not allow us to get education,” she said.

She said she was still ready to start from the first grade if her family allowed her to go to school.

Pajhwok interviewed around 100 girls in Logar and almost all of them mentioned similar problems.

“Despite the fact many people in this province are educated, but in remote areas girls are not allowed to go to schools because culture and traditions still rule there,” she said.

The women’s affairs department has launched many awareness programs for encouraging families to let their girls attend schools and the programs are still ongoing, Zargar added.

Abdul Wali Wakil, deputy provincial council head of Logar, also said that many girls in the province were out of school.

“Some families do not allow their girls to go to school (due to cultural restrictions) while others fear security problems, therefore girls are not given the right to education,” he said.

He said development in a country was linked to an educated nation and all people should be serious in solving problems the education sector faced.

“Just a day earlier, the governor met with civil society activists and discussed with them bad cultures and restrictions on girls,” he said.

Around 150,000 students including 40,000 of them girls currently get education in Logar schools.