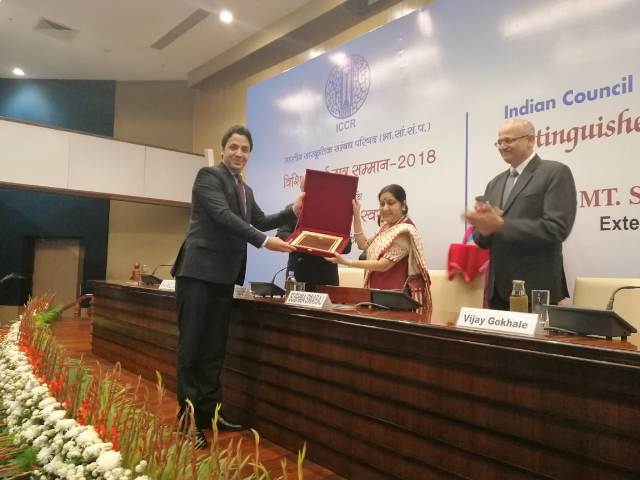 Abdulrahimzai was among 10,000 Afghan students and those from more than 170 countries who studied in India under the ICCR sponsored education programs.

During the ceremony, Abdulrahimzai thanked the government of India for support in educating the young generation of Afghanistan.

He dedicated his award to Afghan students studying in India away from their homeland and keen to serve their country with knowledge they acquired.

The Indian external minister presented her congratulations to the awardees and talked about the importance of education and said such educational programs strengthened relations between countries.

The award was eyed by a number of candidates from government and non-government agencies from around 162 countries including SARC countries, Africa, Latin America and other ICCR member countries’ graduates from different Indian universities.

Abdulrahimzai, who has 15 years of government and non-government experience,  graduated from Osmania university of India in 2012 and completed his master’s program in Business Administration.