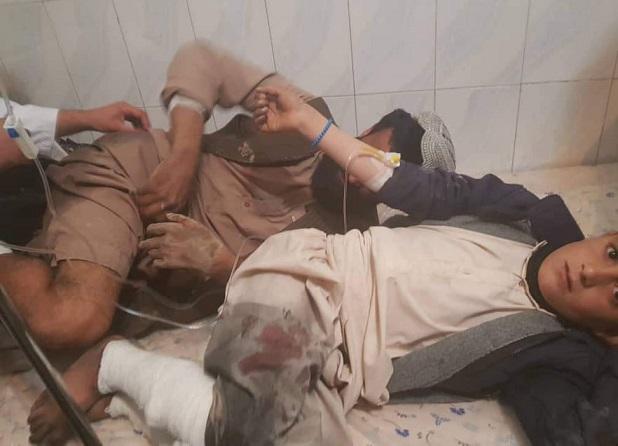 KABUL (Pajhwok): Despite ongoing efforts for peace and reconciliation in Afghanistan, there has been 20 percent increase in casualties in April compared to the number of people killed and wounded in March.

As part of ongoing peace efforts, a grand Peace Jirga has been underway in capital Kabul and the sixth round of US-Taliban talks begins in Qatar as well.

According to Pajhwok Afghan News report over 1,500 people suffered casualties in March while in April nearly 1,900 people killed in wounded.

Based on different sources, Pajhwok Afghan News reports showed that 1,072 people were killed and 792 others injured in attacks in 29 out of 34 provinces last month.

The casualties inflicted as a result of 153 different attacks, 20 percent higher than in March.

Of these attacks, 52 carried out by government armed opponents, 50 by security forces, 14 by foreign forces and there was no claim of responsibility for the remaining attacks.

According to the information, last month of every 18 persons 11 suffered casualties in face to face attacks, three in airstrikes, two in blasts and one each in targeted and suicide attacks.

Last month, most of the attacks 21 took place Nangarhar province, 20 in Ghazni, 12 in Faryab, 10 in Jawzjan and the remaining 90 attacks took place in 25 provinces.

In April, there was no report of casualties from Bamyan, Daikundi, Uruzgan, Panjshir and Nuristan provinces.

According to Pajhwok reports 1,072 people were killed and 797 others injured during different attacks in April.

Last month, not a single day passed without attacks or casualties, but higher number of casualties on a single day took place on 15th of April in 11 attacks which left 106 people killed and 141 others injured.

Qais Mangal, defense ministry spokesman say that Afghan forces were fighting aggressively not because of leverage in peace process but for the defense of the country.

“Unfortunately the enemy also intensified their guerilla attacks and show reaction to our operations, but they have no any gains, casualties usually increase with more attacks,” he said.

Casualties in the first quarter of the ongoing year have fallen by 14 percent but the rate is almost similar to that period of 2017.

Common people who are worried about increase in insecurity in warm weather ask the warring sides to agree on a ceasefire when peace talks are ongoing.

Lima Spesali, a resident of the capital Kabul, say that ongoing peace efforts inside the country and abroad was a great chance for reaching a peace agreement in Afghanistan.

She voiced on warring sides not to miss the opportunity and put an end to war in the country.

“I ask those involved in the conflict to agree on a ceasefire before reaching to a peace agreement, do it for the benefit of our people and end to bloodshed,” she said.