Violence against women to fall if perpetrators punished: Abdullah 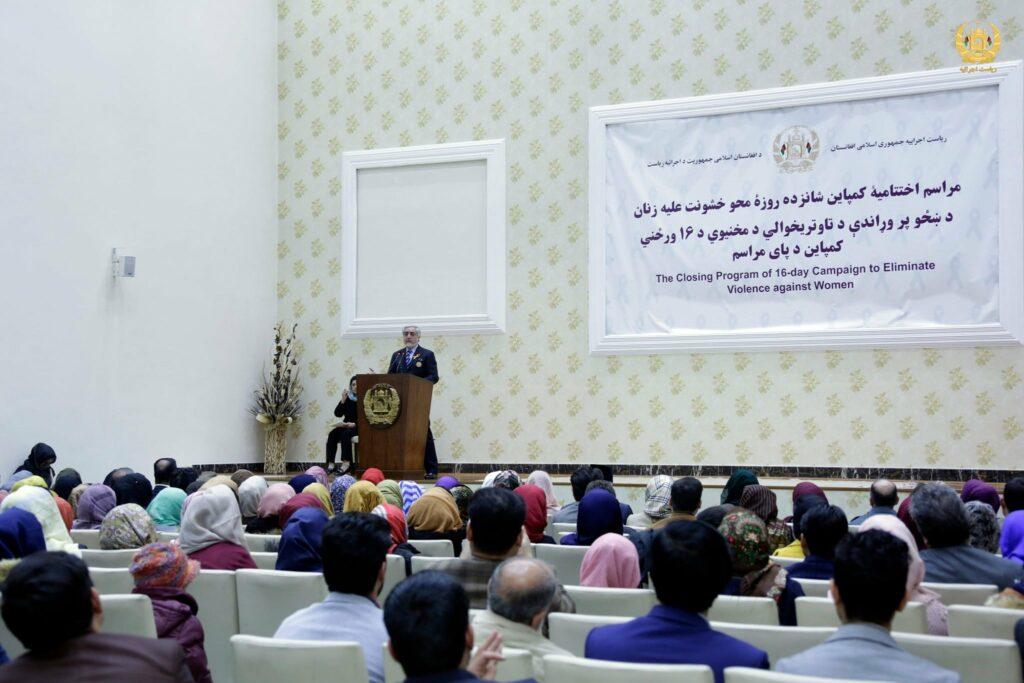 Violence against women to fall if perpetrators punished: Abdullah

KABUL, participants of a ceremony in Kabul on Tuesday said that the end of the drive should be the beginning of a new fight against those committing violence against the gender.

Dr. Abdullah Abdullah, a presidential candidate and Chief Executive Officer (CEO) of the government, also attended the ceremony and said violence against women would be decreased if its perpetrators were arrested and punished.

He said the end of the 16-day campaign should be the beginning of a new fight against those who committed violence against women.

Without giving details, Abdullah said shocking incidents of violence against women happened during the 16-day campaign and the cases should be followed by judiciary and criminal organs and those involved should be punished.

“The increased figures of violence against women do not mean increase in violence, but the reason is that such cases could no longer be hidden. It was a culture in the past to tolerate this brutality,” he said.

Delbar Nazari, women affairs minister, endorsed Abdullah’s statements and said that judiciary and criminal organs should punish perpetrators of violence against women based on the law.

She said insecurity, poverty, illiteracy and negative traditions in society were reasons behind crimes against women.

Dewa Samad, deputy public health minister, who was also present in the meeting, said that violence against women existed all over the world that led to murder, self-immolation, suicide and losing mental health.

She said the ministry provided free of cost health services to women in 31 healthcare centers in 22 provinces during the campaign.