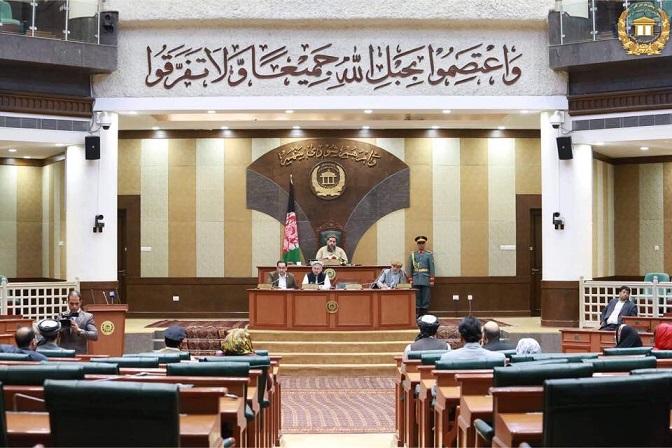 KABUL and the US, but nationwide.

On the other house, the Senate said that Afghan security forces should be careful in enforcing the presidential order to arrest illegal commander Nizamuddin Qaisari.

Suhail Shaheen, Taliban spokesman for its Qatar office, has said they would let the US forces leave Afghanistan after a possible agreement between the two sides.

He had said the Taliban would not attack US forces after the agreement. “When Intra-Afghan negotiations begin and Taliban reach an agreement with Afghan officials, they would also stop attacks on Afghan forces,” he said.

Senator Rahmatullah Achackzai from Kandahar province said, “We support any effort made for peace, if the Taliban and the US agree on a ceasefire excluding the Afghan government, it would intensify the war, which is treason against Afghanistan.”

Mohammad Hanif Hanafi, a lawmaker from Uruzgan province, said, “We would not agree to a few days of peace, the peace in which the Afghans are not present will not last long, Afghans would not accept it.”

He said a ceasefire if agreed should not be only between the Taliban and the US, but it should be nationwide.

Kamilbig Hussaini, another senator, said that recent talks between the Taliban and the US were not about Afghanistan but only about ceasefire between the US and the Taliban.

Mohammad Alam Ezdyar, first deputy chairman of the house, said, “The process currently ongoing between the Taliban and US has no direct relation with the peace efforts for Afghanistan, the talks between the US and Taliban are for a dignified withdrawal of US forces from Afghanistan.”

He said that the ongoing talks would also discuss concerns the US had about the Taliban as ‘terrorist group’.

“Any negotiations in which the Afghan government, political groups and the Afghan people have no role or there is no nationwide ceasefire or if the government is excluded from it, it would turn the situation more critical, civilian and military forces casualties will increase, it would not be good for Afghans at all,” he said.

The presidential election was held on September 28. But the fate of the election results are yet to be cleared.

The Independent Election Commission (IEC) conducted audit and recount process of votes in 27 provinces of the country following fraud allegations but a number of candidates, including Dr. Abdullah Abdullah, opposed the process and stopped it in seven provinces.

However, Abdullah today, Sunday permitted the process to begin in the remaining seven provinces.

Mulavi Mohayuddin Munsif, a senator from Kapisa province, welcomed Dr. Abdullah for letting the votes audit and recount process in seven provinces and asked the IEC to accelerate the process and convince the public.

Kamilbig Hussaini, another senator, said the IEC should announce the election results as soon as possible.

Mohammad Alam Ezdyar, chairman of the upper house, said, “I thank the team of Dr. Abdullah Abdullah for allowing the IEC to start its audit and recount process.”

He also asked the IEC to accelerate the process and ensure election transparency and justice.

Nizamuddin Qaisari, a former agent of Gen. Abdul Rashid Dostum, first vice president, in upraising groups in Faryab, was once arrested in 1917 and was released the same year.

According to a report, Qaisari has around 20 different criminal cases against him including murder, extortion, illegal armed activities against Afghan forces, threats, sectarian attacks illegal economic activities, organizing plots and others.

Nabia Mustafazada, a senator from Jawzjan province, about Qaisari’s arrest, said the government should follow the way of talks as the situation had worried people in Balkh province.

“We are worried about the situation in the north, this situation indicates the smell of blood, irregularities should be stopped and we should deal with this issue carefully because the house of Qaisari is located in the city of Mazar-i-Sharif,” she said.

She criticized the government and said Qaisari was once arrested but the government released him without following his cases and now Afghan forces should not do something that cause damages.

Mohammad Alam Ezdyar said that the operation to arrest Qaisari was launched for enforcement of the court’s decision and the goal of the action was to ensure security in Mazar-i-Sharif city.

He said enforcement of law was government’s responsibility and hoped the operation would improve security situation in Mazar-i-Sharif city.

Ezdyar asked security forces to be careful during the operation and avoid possible problems in the northern region of the country.