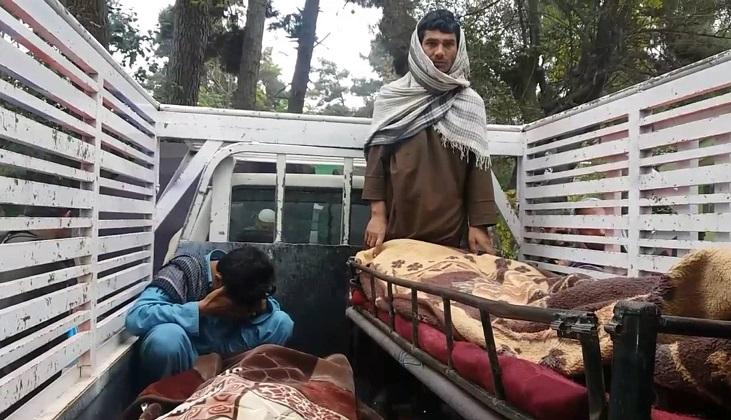 In 1926 armed attacks happening in 2019, more than 12500 people lost their lives and another 9800 sustained wounds across the country.

According to Pajhwok Afghan News information, on average 61 people suffered casualties each day in 2019 in the country, compared to 73 people each day in 2018.

However, unlike other years, the winter season of 2019 was bloodiest like the summer of 2018. Among every 22 casualties, nine were killed or wounded in winter last year.

He said airstrikes and suicide attacks also caused heavy casualties because such attacks inflicted casualties on civilians as well.

Nearly half of attacks occur in eight provinces

Pajhwok obtained no report about the conflict-related casualty in central Bamyan province.

General Taqat said most of the attacks occurred in Nangarhar, Faryab and Ghazni provinces because these areas were strategically important and both sides try to have influence over such areas.

He said Nangarhar bordered Pakistan and the border region was contested by Daesh and Taliban and used as a major smuggling route for drugs, timber, minerals and precious stones.

“Faryab is also a border province (as it border Turkmenistan), therefore the armed opponents of the government, especially Daesh, have been trying to strengthen their position in there in order to extend their activities to central Asian states,” Taqat believed.

He said Ghazni is a central province and when it get insecure communication with central capital and western province breaks and this leads to a kind of instable situation, therefore, militants focus on Ghazni and trying to have strong influence there and insecure Ghazni.

According to reports last year most of the attacks — 113 — took place on presidential elections day, the Steptember 28, but most of casualties accounted for 343 people inflicted on September 3.

The deadliest attack on September 3 happened on a foreigner’s camp Green Village in which 16 people were killed and 119 others injured.

According to reports most of the dead and injured were civilians.

According to reports most attacks druing 2018 happened on Wolesi Jirga elections day, October 20, but most of the people accounted for 620 people suffered casualties on May 15.

Militants, civilians and security forces are among the dead and injured of last and the previous year, but Pajhwok don’t release their exact casualty figures because different sources provided different numbers.

Afghan government and militants have not provided information about the number of its dead and injured personnel and both sides have not said that how many civilians suffered casualties during attacks.

Government says that the Taliban killed 2,219 civilians and injured 5,172 others but the Taliban claimed 5,423 civilians were killed and 3,284 others injured in 2,291 incidents last year.

The Taliban blamed security forces and foreign troops for the killing of 5,152 civilians and added the remaining 280 were killed in traffic accidents.

NATO says that 23 foreign troops killed in Afghanistan last year with most of them from US.

Apart from Bamyan provinces, people suffered casualties in all provinces in militants attacks.

Last year on the presidential elections day, 32 people were killed and 123 others injured. This figure could not be included in the map because the area where the attack happened was not identified.

Pajhwok records casualty figures based on reports since 2017.

Annual reports of Pajhwok Afghan News show that nearly 74,000 people suffered casualties during the last three years and 2018 was the deadliest.

Based on reports, 43,132 people have been killed and 30,727 others wounded during the last three years.

A military affairs expert, Gen. Taqat said that attacks happened less in 2019 compared to 2018 and 2017 because of peace talks that influenced the battle ground.

“A number of Taliban automatically reduced conflict during peace talks, some Taliban members joined Daesh militants while Mullah Manan group had no military activities,” he said.

BibiGul, 45, a resident of NaalDasht area of Pushrod district of Farah province, whose brother was killed by Taliban in the recent, said, “Both the Taliban and soldiers who lose their lives are our children, we hope both sides would agree on peace.”

She said that orphaned children of his brother were currently living in bad condtion and could hardly find food. She said that children of soldiers who are killed in war would be also in similar condition.

Attaullah, a resident of Ibrahimkhel area of the capital of MaidanWardak province, whose relative was injured in a farm field, said, “Afghans are killed under different names on daily basis, I want the government and militants to stop the war and set together like brothers and agree on peace.”

He also asked the international community to support Afghans in ending the war and stop interference of countries in Afghanistan who fueled the war for their own interests.

Negotiations between the US and the Taliban ongoing for a year and reports show both sides got close to sign a deal, but final agreement yet to be signed.

Taliban say they would not talk with the Afghan government but were ready to talk to Afghan politicians.

The Afghan government emphasize on intra-Afghan talks lead by the government. It says the negotiating team for peace talks was prepared but the names of its members yet to be revealed.