According to available figures, 101 attacks happened in February in which nearly 800 people were killed and wounded. Ninety five attacks occurred during January.

Report showed that during the month of February, most of the attacks — accounted for 42 staged by unknown gunmen, 30 by government forces, 22 by the Taliban and seven others by foreign forces.

In addition, Pajhwok report showed that of every 17 persons six each suffered casualties during face to face clashes and airstrikes, two each in targeted attacks and blasts and one in suicide blast.

Most of the attacks accounted for 16 occurred in Faryab, 14 each in Kandahar, Nangarhar, six each in Herat and Kabul, Four each in Balkh, Ghazni, Helmand, Kunduz, Kaghman, Sar-i-Pul and Uruzgan province while the remaining 17 attacks happened in 11 other provinces.

Surge in casualties during the month of February comes at a time when US and the Taliban announced a seven days RiV ahead of signing an agreement to bring peace to Afghanistan.

Pajhwok Reports showed that violence declined by 95 percent during these days while casualties came down by 88 percent.

Gen. Abdul Wahid Taqat, a military affairs expert, said: “The Taliban increased their attacks in February in order to present them more powerful ahead of signing the agreement.”

He, however, said the Taliban should not be blamed alone for surge in violence, adding that security forces also intensified their attacks and defended themselves from opponent attacks.

He said when there is surge in attacks, it is common that there will be increase in casualties.

Pajhwok reports show 531 people were killed and 260 others injured in 101 different attacks across the country in February compared to 422 killed and 286 injured in January. 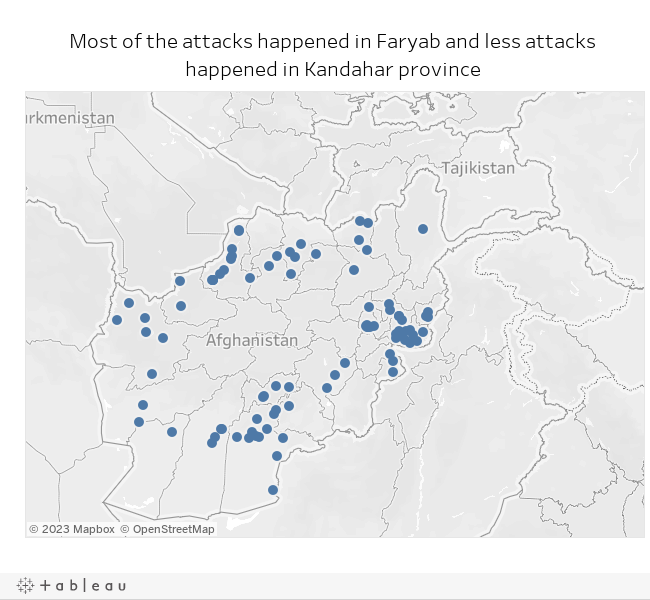 Pajhwok reports show most of people suffered casualties in Kandahar, Faryab and Nangarhar provinces and least in Parwan, Nimroz and Paktia provinces. These are the provinces where attacks had happened.

Afghan forces, supported by foreign troops, have been fighting the Taliban and other insurgent groups for the past 19 years. But the US and Taliban signed a peace deal in Qatar on February 29 after one and half years of negotiations.

A reduction of violence (RiV) was agreed between the Taliban, US and Afghan government one week ahead of the agreement, but Taliban resumed their attacks after the weeklong period ended.

Pajhwok collects war casualties based on reports since the last three years.

According to reports, 1,505 people have suffered casualties in the last two months of 2020.

“May the merciful God send us peace”

Bibi Gul, 45, a resident of Naal Dasht area of Pushrod district of Farah province, whose brother was killed by Taliban in recent past, said, “Both the Taliban and Afghan soldiers who lose their lives are our children, we hope both sides would agree to peace.”

She said orphaned children of his brother were currently living in bad condition and could hardly find food. She said children of slain soldiers would be also in similar condition.

She asked warring sides to agree on peace and stop other children from becoming orphaned like her brother’s. “May the merciful God send us peace,” she said.