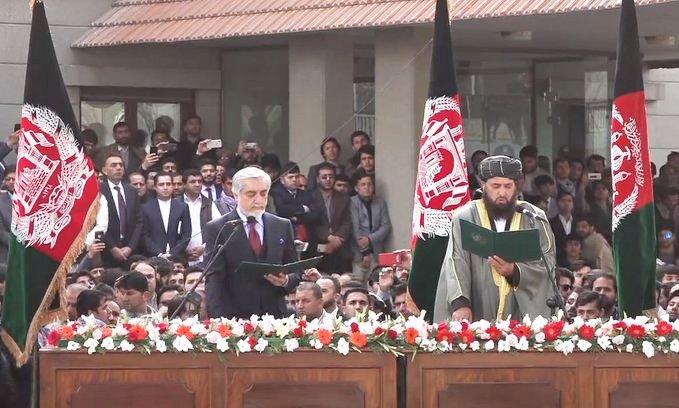 KABUL in a competing ceremony at the Presidential Palace on Monday.

The incumbent CEO was administered oath as president minutes after Ashraf Ghani was sworn in as president at a separate venue erected inside the grounds of the presidential palace.