ASADABAD (Pajhwok): A private higher education institute in eastern Kunar province has conferred Sharia Law degree on 120 students without having license for the faculty from the Ministry of Higher Education (MoHE), Pajhwok Afghan News learned reliably.

The institute in Asadabad, the provincial capital, has received 11.5 million afghanis in fee from the students during their degree programme.

The Tanwir Higher Education Institute (THEI) was opened in 2012 with license from MoHE for law and economics until this time, but the institute also offers Sharia Law programme without having its license.

Pajhwok found access to all documents that support its claim and the fact that THEI without any license has issued Sharia Law degrees to students and two or three years after their graduation, the institute did not issue them degrees as well.

A monograph written on the state of music in Islam by Mohammad Ibrahim Helal has been approved by its one of his teachers.

Abdul Rahim, another student, submitted 12,000 afs fee and debate slip in Azizi Bank shows that the institute received fee from students for this programme.

In addition, the institute on its Facebook page has announced entry test examination in different times and attracted students for Sharia Faculty as well. 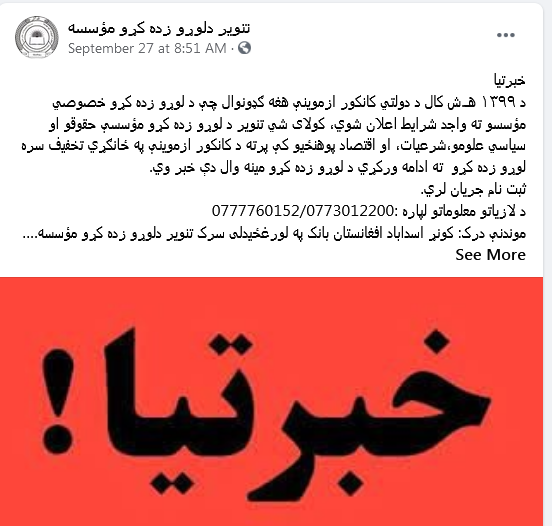 But Pajhwok checked with the MoHE in the list of private universities that shows the TIHE is registered only for Law and Political Science and Economic faculties.

In line with the TIHE policy, students could finish their eight-semester degree in three years because the institute offers courses in summer as well.

The university collects 12,000 afs fee from each student per semester and the total degree fee is equal to 96,000 afs.

The TIHE has so far graduated 120 students from Sharia faculty and total fee of these students for eight semesters is accounted for more than 11.5 million afs.

Students graduated from TIHE say even after two years of their graduation, they were unable to get degrees.

They said that most of their class fellows were 12th or 14th class students and they completed their degree in the hope that they would be able to improve their knowledge capacity.

Qari Masehullah, one of the students, said that he did not get his degree even one year and four months after his graduation.

He said he had contacted officials of the institute in this regard many times, but they declined provide accurate answer.

Azizullah, another graduate, said he was able to pass the university entry test in the presence of relevant authorities and was able to successfully complete the degree.

Referring to the economic condition of his classmates, he said some students sold jewelry of their wives to ensure they could study.

The students often formally referred to the university administration to award them their degree but in vain.

Kunar Provincial Council head Walayat Khan Meshwani termed this a grave issue and asked the TIHE to respond to people in this regard.

The Provincial Council says it has tasked a delegation to investigate the issue and find a way out.

Assistant Governor Gul Mohammad Baidar said he had received an application from the TIHE Sharia faculty graduates three months earlier, adding that a delegation had been tasked for investigation and the probe was still underway. 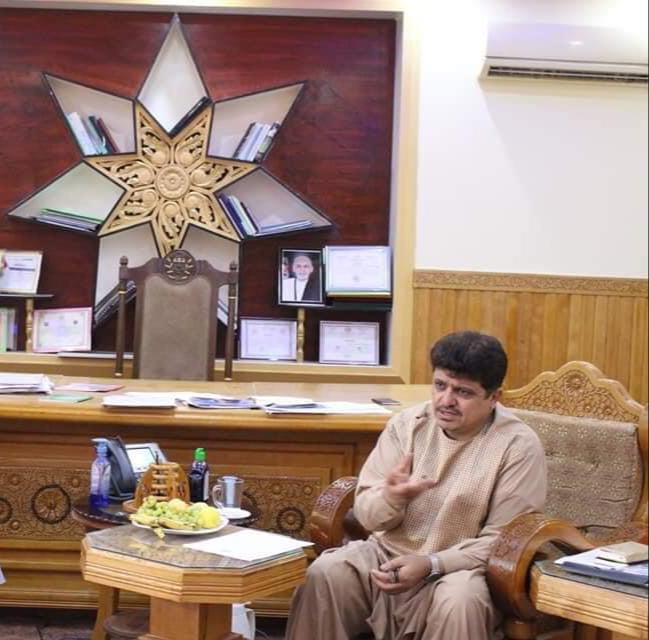 He pledged that the institute would be taken to the task if it had provided degree to Sharia students without license.

Dr. Mohammad Gulab Umari, head of the state run Syed Jamaluddin University in Kunar, acknowledged that the MoHE had sent them official letters regarding the TIHE only for the economic and political science and law faculties and there was no mention of Sharia faculty.

He said that the TIHE graduated new batches of graduates and these students were worried about their future. He asked the MoHE to determine the future of these students.

Shamsul Islam Sapai, head of the TIHE, said that Sharia degree would be registered with the MoHE and efforts in this regard were underway. 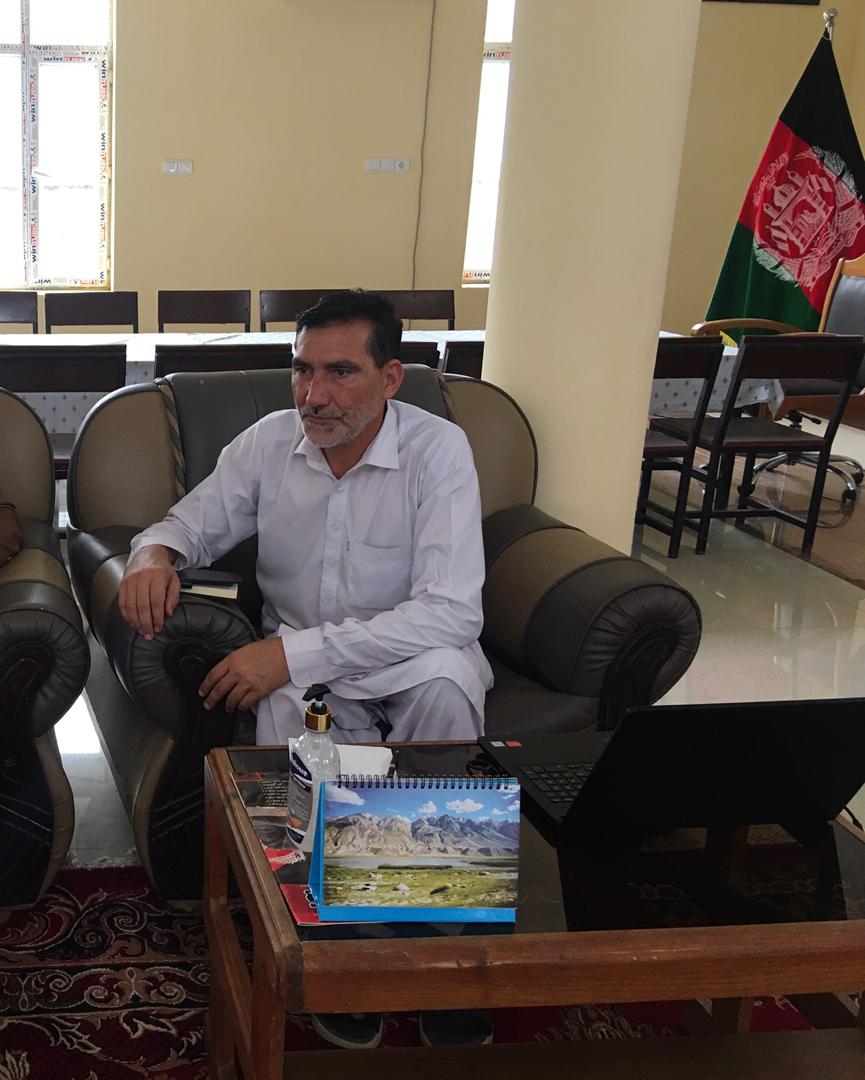 He acknowledged that the first batch of 120 students had graduated from the Sharia Law faculty in 2019.

TIHE is among private higher education institutes and universities on MoHE list with only two faculties Economy and Political Science as registered disciplines.

Hamid Obaidi, MoHE spokesperson, said besides TIHE, nine other higher education institutions lacked licenses for some of their disciplines.

Obaidi said MoHE had prepared a strategy in this regard which would be presented to the leadership council of the ministry and details about the strategy would be shared once it was finalized.