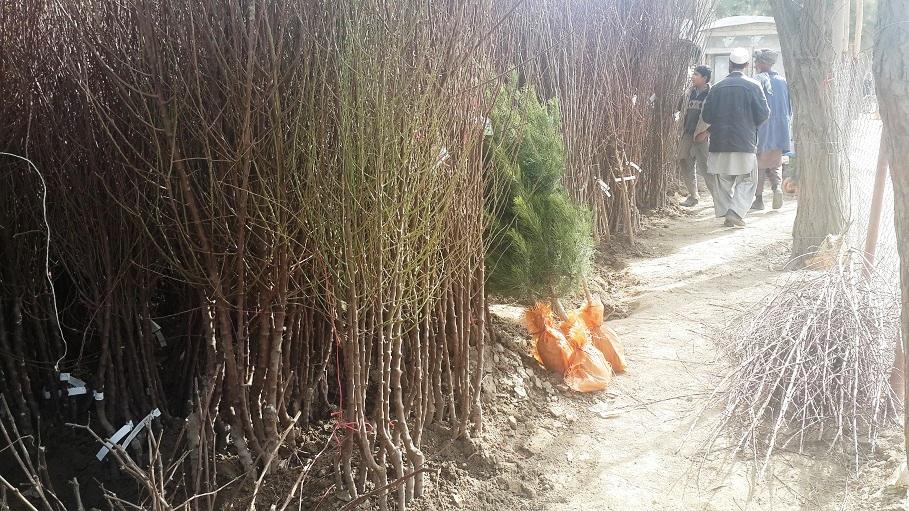 AIBAK (Pajhwok): Tens of thousands of fruit and non-fruit bearing seedlings will be planted on 180 hectors of land under a three-year project engaging a large number of residents as workplace in northern Samagan province.

Abdul Wajid Abed, technical engineer at WHH Investment Institute for Poverty Alleviation, which is in-charge of implementing the project, said the aim of the project is to rehabilitate natural forests in nine villages in Hazrat Sultan district.

He said under the scheme, 30,000 seedlings of pistachio, almond, willow and shrubs will be planted in three years.

He added the German government will pay 745,000 euros for the project that included construction of an irrigation system for the plants.

The project will provide work for a large number of people because its implementation required more than 44,000 working days, Abed said, adding each worker will be paid 350 afghanis a day, bringing the total to 15.5 million afghanis.

Governor Mohammad Daud Kalkani expressed his satisfaction with the start of the project and said they were trying to facilitate people through implementation of such projects.