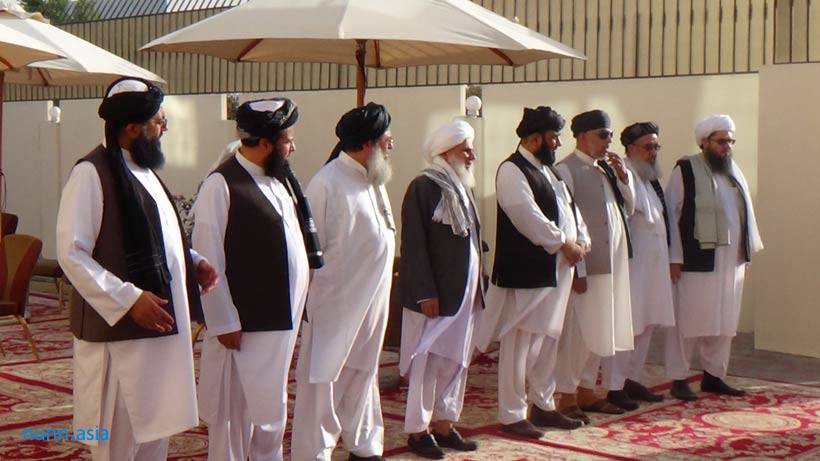 KABUL (Pajhwok): A number of other Taliban’s peace delegation members have also arrived in Doha, but the group has not yet commented on the matter.

Earlier, sources said some members of the government’s delegation were yet to reach Doha even after the start of the second round of intra-Afghan peace talks, but they hoped the remaining members would arrive there soon.

After three months of talks, the two sides went on a three-week break for consultations with their leadership.

However, some members of the government delegation left for Qatar on January 4 and the first round of talks was held the next day.

A source in Qatar told Pajhwok Afghan News that a number of members of the Taliban delegation led by Sheikh Abdul Hakim Haqqani had arrived in Doha from Pakistan. He did not disclose the number or names of those arriving in Doha.

According to reports, after the first round of peace talks, some members of the Taliban delegation left Qatar at the official invitation of Pakistan and some of whom remained there.

Another source identified the returning Taliban negotiators as Mullah Abdul Ghani Baradar, Sheikh Abdul Hakim, Anas Haqqani and Mullah Fazil. Pajhwok Afghan News contacted Dr. Naeem, a spokesman for Taliban’s political office in Qatar, who said nothing about the arrival of their delegation members in Doha, but told Pajhwok Afghan News: “We were ready and we are still ready for talks.”

Earlier, there were reports that peace talks in Doha had been on hold, but some members of the government delegation in Qatar and Dr. Naeem, called the reports baseless.

“Peace talks in Qatar have not been delayed, there are contacts between the two teams,” Naeem wrote on Twitter.

According to him, regular meetings took place nowhere, as sometimes need arises for intra-party meetings.

High Council for National Reconciliation spokesman, Faridoon Khwazoon, told Pajhwok Afghan News that peace talks in Qatar had not been delayed and that they were now working on items for the agenda.

But another source in Qatar said there had been no meeting between the government and the Taliban since Sunday.

The source said the first meeting had been scheduled for Wednesday, but it did not take place and was rescheduled for late Thursday, but again the meeting did not happen. He cited the incomplete Taliban’s delegation for the delay.

The Taliban have not commented in this regard.

Earlier, sources said four members of the government delegation were yet to leave for Doha but they could depart in days.