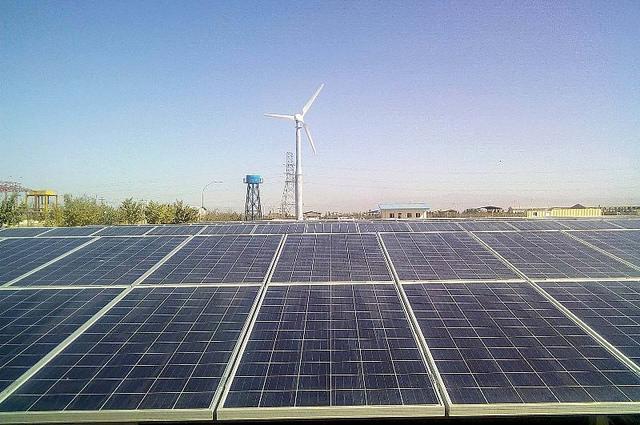 KABUL (Pajhwok): A group of innovative Afghans, seeking to reinvent the future of their nation, are on a mission to become the world leader in carbon-neutral growth.

Eneref Institute is a Washington-based research and advocacy organisation for sustainable development. The first meeting of the Rebrand Afghanistan campaign alliance took place on February 5.

A statement from the institute quoted Khodadad as saying: “Afghanistan is the envy of the world in terms of mineral resources.

“However, in opening our vast resources to the world, our aim is to bring in international impact investors who are committed to non-toxicity, energy efficiency and 100% clean power generation.”

Importantly, the institute said, these leaders were joined by dozens of award-winning humanitarian activists and organisations.

The UN Paris Agreement calls for achieving a climate-neutral world by mid-century. The Rebrand Afghanistan campaign aims to navigate the country ahead of industrialised nations.

The alliance is pursuing the goal by maximising the value of Afghanistan’s undeveloped and underutilised resources through partnerships with impact investors.

Seth Warren Rose, founding director of Eneref Institute, said: “The goal of the Paris Agreement is to limit global warming to pre-industrial levels.

He added the countries that were commonly referred to as ‘underdeveloped’ currently had a rare opportunity to leapfrog the industrial revolution into the decarbonised circular economy of the millennium.

“While some see this as aspirational, in fact it’s urgently necessary,” continued the Eneref Institute founder.

Afghanistan, a key player in Central Asia, is a region rich in mineral resources and precious metals including vast deposits of iron, copper, cobalt, and gold.

The most conservative US Defense Department estimates put the worth of these resources well above $1 trillion, with some estimates as high as $3 trillion, according to a 2010 statement by former minister of mines Wahidullah Shahrani.

However, any undiscovered petroleum resources should play only a small role in building Afghanistan’s energy infrastructure.

Instead, the Eneref Institute said, to prepare Afghanistan for the future, energy would be drawn from renewable resources.

Khodadad remarked: “We’re going to leave the oil in the ground where it belongs. Our Rebrand Afghanistan campaign is about building a country fueled not just by a short-term wealth of natural resources but by long-term growth strategies that make the most of our human resources as well.”