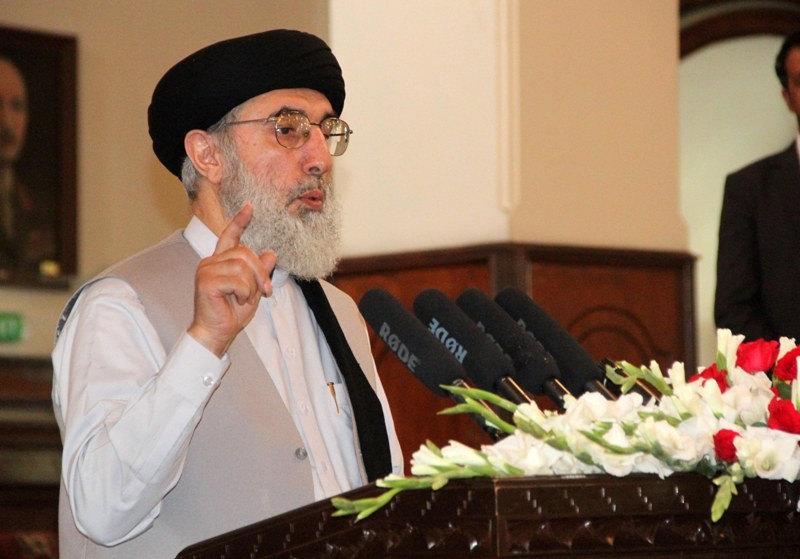 At a meeting with Jamaat-i-Islami (JI) head Sirajul Haq in Lahore, Gulbadin Hekmatyar said most of NATO forces had left Afghanistan and the remaining were ready to leave.

US troops should also leave the country as soon as possible for the sake of lasting peace in the region, added the HIA leader, who has also served as Afghanistan’s prime minister.

Whenever their homeland was invaded, he Afghans wrote the history of resistance with their blood, he told reporters in Mansoora.

Despite having limited resources, the Afghans had defeated three superpowers because of their strong faith, Hekmatyar remarked.

Sirajul Haq and Hekmatyar agreed that Afghanistan needed government that truly represented the Afghan people to achieve peace and political stability in the country.

The HIA chief urged the US and other powers to announce a Marshall Plan-like aid-package for the reconstruction of Afghanistan torn by decades of conflict.