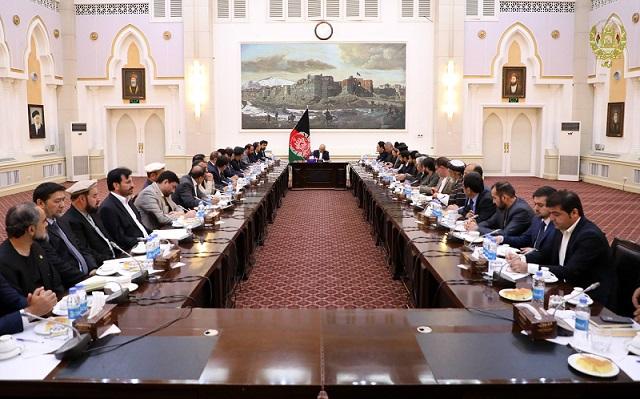 KABUL (Pajhwok): A meeting chaired by the commander-in-chief has decided to relieve all provincial governors of military authority and hand it to military corps, a statement from the Independent Directorate of Local Governance (IDLG) said Wednesday.

The IDLG in a letter to all governors said that in a meeting chaired by the commander-in-chief had made the decision.

Some officials say that the president also shared the issue with governors during a video conference on Tuesday.

“The commander-in-chief meeting on June 7 directed security organs and IDLG to give the responsibility of war leadership to military corps’ commanders in all zones of the country based on a single command rule,” IDLG said.

Nangarhar governor’s spokesman, AttaullahKhogyani confirmed to Pajhwok the letter they had received from IDLG.

He said they were ordered to support military organs in the civil area but the leadership of the conflict should be with the Afghan National Army (ANA).

A military affairs expert, Abdu Wahid Taqat said that the decision would create more chaos and insecurity in the country.

He said that a governor as representative of the president should control police headquarters and other security organs.

Another military expert, Gen. AtiqullahAmarkhel also said that it was not a good decision and may deteriorate the security situation in the country.

He said that any decision regarding security in a province would be better if the governor of the province is engaged in that decision.