Over 30 injured brought from Wesh to Chaman 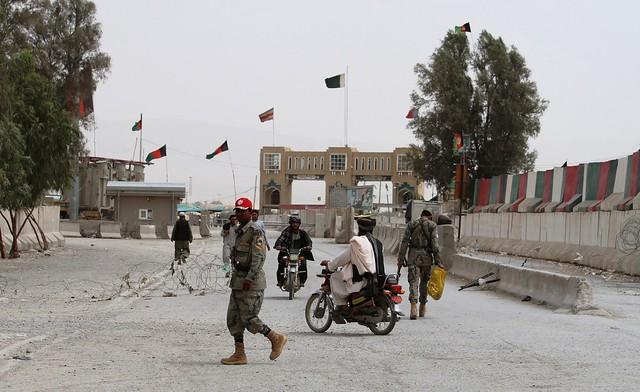 Over 30 injured brought from Wesh to Chaman

PESHAWAR (Pajhwok): More than 30 injured people have been allowed to enter Pakistan’s Chaman town from Afghanistan for medical treatment.

Two bodies and over 30 injured people were let into Chaman from the Wesh town of Afghanistan by the Pakistani border guards, Dawn reported on Saturday.

An unnamed paramilitary official told the newspaper: “Over 30 injured people were brought to Chaman for treatment and immediately taken to the district hospital.”

After preliminary treatment, the Levies official said, they were evacuated to private hospitals in Quetta, the capital of southwestern Balochistan province.

The two individuals whose corpses were brought to the border town hailed from Chaman district. The bodies were handed over to the families of the deceased.

On Thursday, Pakistan opened the Durand Line at Chaman for three hours to let stranded Afghans and Pakistanis cross the frontier.