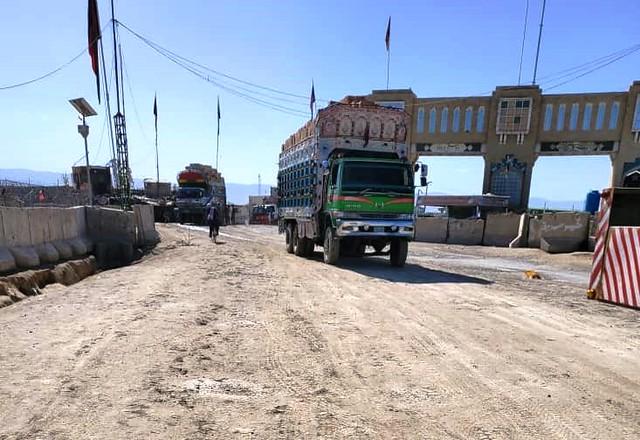 The have also imposed new tariffs in Spin Boldak and Wesh after Pakistan reopened the Durand Line crossing for trade activities, Dawn reported on Wednesday.

The Chaman-Spin Boldak crossing had been sealed for more than two weeks in the wake of intense fighting between insurgents and Afghan security troops.

The crossing with Afghanistan was reopened after consultations with the Taliban who are the day-to-day affairs in areas under their control.

The insurgents were collecting taxes from trucks and containers entering Afghanistan or going to Pakistan, a local official claimed.

Imran Khan Kakar, the vice president of the Pak-Afghan Joint Chamber of Commerce and Industry (PAJCCI told the newspaper: “The Taliban have issued a 20-page tax document mentioning tariffs on different goods coming into Afghanistan or going to Pakistan.”

Kakar said the Taliban in Wesh were receiving taxes they themselves had levied on every import and export item.

“Afghan and Pakistani importers and exporters have to pay taxes and other duties twice,” complained Kakar, who also has an import-export business with Afghanistan.

After paying taxes to Taliban, importers and exporters had to make similar payments to the Afghan officials in Kandahar, he added.

Kakar explained Pakistani officials were also collecting taxes based on tariffs fixed by the Federal Board of Revenue.