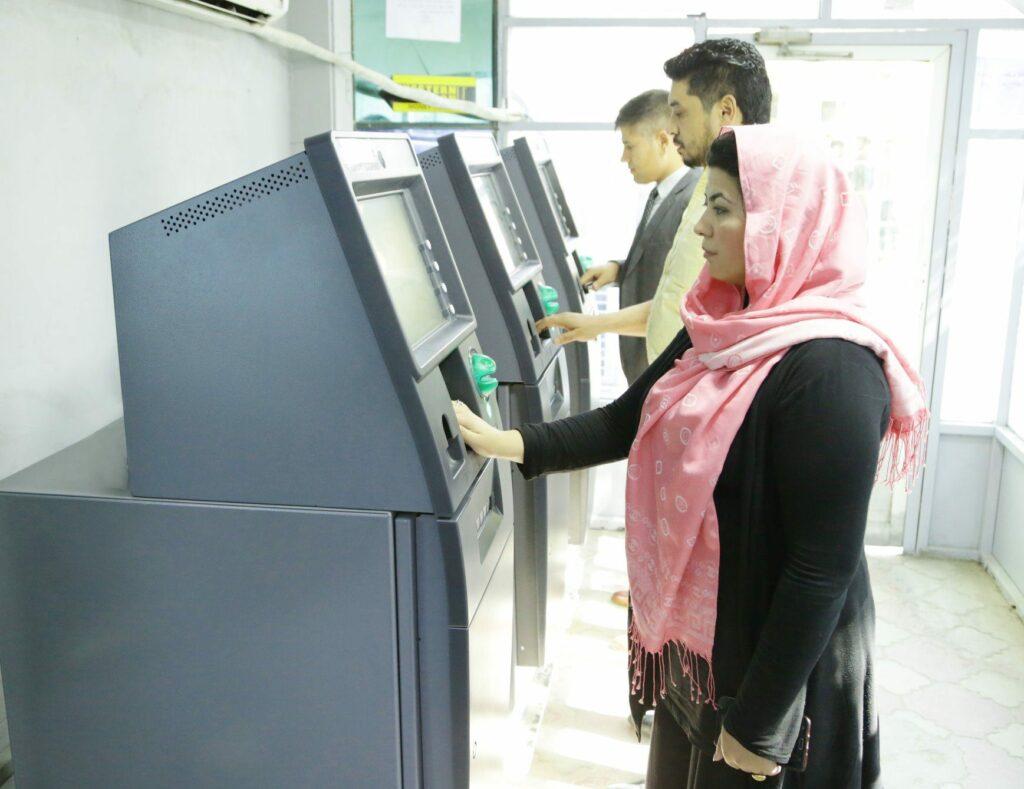 KABUL (Pajhwok): The closure of banks and money exchange markets in capital Kabul has created concerns among people and experts believe the situation will cause economic downturn.

With the return of Taliban to Kabul on August 15, all banking activities were closed and they are still shut as of today, Monday.

Pajhwok Afghan News talked with a number of people and economic experts who expressed concern about the ongoing situation and called for reopening of banks and money exchange markets.

People complain about economic situation and call for reopening of banks

He said that there were reports that the banks would be reopened on last Saturday, but they were yet to be opened.

QaisMohammadi, another resident of Kabul who visited the main headquarters of the bank, told Pajhwok Afghan News said that he visited the bank on a daily basis after the Taliban’s takeover of Kabul, but the bank remained closed.

He complained about his economic problems and said, “I am a government officer, our salaries were transferred to our accounts two days ahead of the collapse of the government, but my money is stuck in the bank and I don’t know what to do, I have no money even for buying bread.”

Another angry man, who waited to withdraw his money from Kabul Bank, said that there were no jobs and people had no money for buying bread. He said that people might start looting and other crimes if the banks stayed closed and commerce stopped.

NajlaRahil, a Facebook user in a post said, “All the assets of our people are in banks. Now banks are closed and no one can to take even their wages. What this miserable nation can do? To whom they should complain?”

A number of other residents of Kabul made similar complaints.

All of them asked the Islamic Emirate of Afghanistan to take urgent steps for reopening of banks and money exchange markets so it would help resolve economic problems of people.

SaifuddinSaihoon, lecturer at Kabul University and an economist, expressed concern over the closure of banks and termed it a serious problem as all the people currently suffered from economic issues.

He said money played a vital role in economy, commerce and deals and closure of banks would lead to no trade deals and more economic problems and price-hike.

“Banks and economic activities should resume and people’s assets should be provided; so people do not face economic problems,” he said.

Saihoon said that political institutions should be created and interact with the world and the International Monetary Fund so it would build international credibility and resolve the current crisis.

About the freezing of Da Afghanistan Bank (DAB) assets in the US, he said when a country was subjected to economic sanctions, it would fall into crisis.

Iran also previously faced economic sanctions and the country even was deprived of basic materials and goods, he added.

About the survival of Afghanistan in absence of foreign aid, he said that poverty will increase and economic crisis will surface if the situation continued.

Saihoon asked the Islamic Emirate to form an inclusive government as soon as possible so it would open channels of interactions with the world and start economic activities.

A lecturer of economy in a private university in Kabul, who wished to go unnamed, said that when banks were closed, it meant no circulation of money which created major economic challenges.

He said that money was on circulation in markets but it was currently significantly reduced and stock markets as well as exchange markets were paralyzed. He said that continuation of the current situation will create poverty, joblessness and economic problems.

“Afghanistan is newly moving to the banking system and opening of banks is very important in this period; because people trust banks and put their money there, they should be reopened as soon as possible,” he added.

He said that withdrawing money from DAB without domestic and international procedures would damage the prestige of the central bank with the other world.

Bank officials say to resume activities if they are assured security

An official of Kabul Bank, who wished to go unnamed, said that the banks should have been opened two days ago, but concerns about security of bank workers and assets remained.

About the date for reopening of banks, he said that negotiations about the security of banks were ongoing with the Islamic Emirate before they are reopened.

Hazratzoi said that Sara-i-Shahzada guards were working together with the Taliban to provide security to Sara-i-Shahzada market and hoped that all necessary measures would be taken soon and the market would be reopened in the near future.

He asked the current administration to provide urgent security for workers of banks and assets and release a declaration for the start of banks’ activities.

The Ministry of Finance in a statement said that efforts were on for removal of current restrictions and resumption of banking, financial and customs activities.

The statement said that DAB, private banks and custom offices would soon resume their activities, asking technical workers of the ministry to return to their jobs.

Meanwhile, AhmadullahWasiq, deputy spokesman of the Islamic Emirate of Afghanistan, told Pajhwok Afghan News that officials of the Ministry of Finance, banks and relevant organs in a meeting decided to resume activities of banks and money exchange markets as soon as possible to put people’s problems to an end.