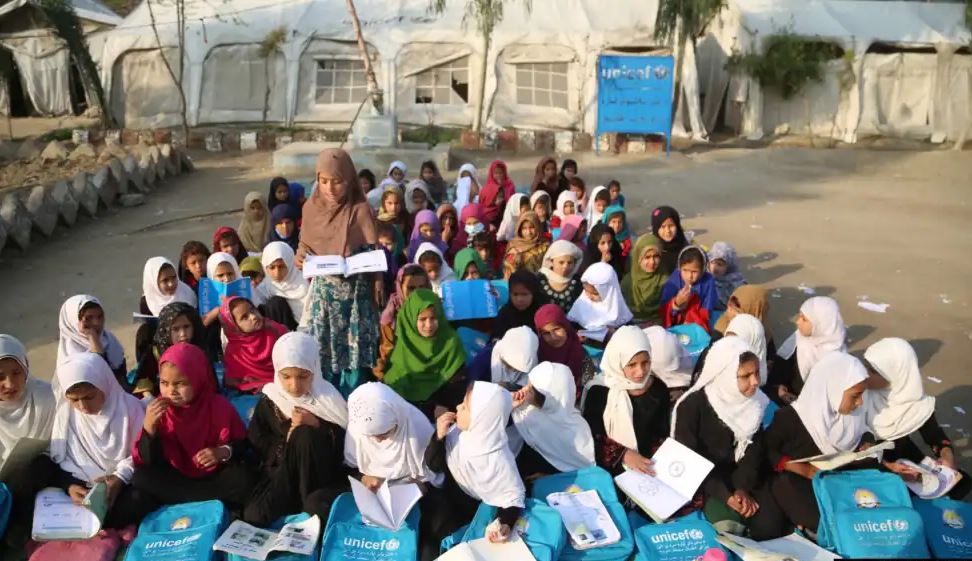 KABUL (Pajhwok): A number of teachers in capital Kabul are concerned about the non-payment of their salaries, saying that the United Nations’ children’s agency, UNICEF, should honor its promise of paying Afghan teachers’ salaries.

UNICEF on November 3 announced that it will directly pay salaries of Afghan teachers.

According reports, Jeannette Vogelaar, UNICEF’s director for education in Afghanistan, said the agency was setting up a system that would pay salaries of teachers directly without transferring funds to government agencies.

An official in the Afghan Ministry of Education, who declined to be named, welcomed UNICEF’s decision, but said UNICEF had made it conditional that teachers’ salaries would be paid only if all schools reopened.

“This condition of UNICEF has worried us all. Now we are at the end of the academic year. It is not possible for schools to open this year, the Ministry of Education has currently no plan to reopen girls’ schools…,” he said.

She complained about her economic issues, and told Pajhwok Afghan News that she had not received salary for the last three months and as a result her family faced many problems.

“We are all on the same ship, but a teacher or any government employee’s only income is their salary, if they are not paid it would cut their food and money,” she said.

She considered teachers to be the most vulnerable class of the society and said that their problems should be paid attention.

Most teachers suffer from economic problems and they hardly deal with their day-to-day expenses, she added.

“One of our teachers became unconscious and fell on the ground. When we took him to doctor, the doctor said that he fell due to his hunger, when a teacher lives in this situation, how more can we explain about the problem, they even borrow their travel fare,” she said.

She called on the United States and other countries to continue their aid to Afghanistan and unfreeze Afghanistan’s assets.

“On behalf of other teachers, I thank UNICEF, but I want it to live up to its promise and act on our salaries as soon as possible,” she said, adding that most of teachers were facing serious economic problems.

ShafiqaMushfiq, principal at a girls’ school in Kabul, said, “I do not know where to start and talk about what problem of our teachers, around 30 teachers work with me but we start everyday with a new tragedy, a tragedy that is hard to explain, when I meet my teachers in the morning, I do not see even one of them to be in a good mood.”

“We have teachers who have no fare to travel from her home to the school and come by feed on hungry stomach.We have teachers who live in rented houses and shopkeepers no longer lend goods to them, our government is also careless about them,” she said.

She said it was unclear if UNICEF would pay teachers’ salaries because the agency had the condition that all schools should be opened.  She said that the government may not open the schools and teachers would continue to struggle with their economic problems.

On the other hand, deputy information and culture minister, ZabihullahMujahid said, there was some good news about teachers’ salaries.

“After talks, UNICEF agreed that our teachers’ salaries will be paid through the United Nations,” he said.

Pajhwok Afghan News tried to contact UNICEF for its comment on the regard, but no one responded.