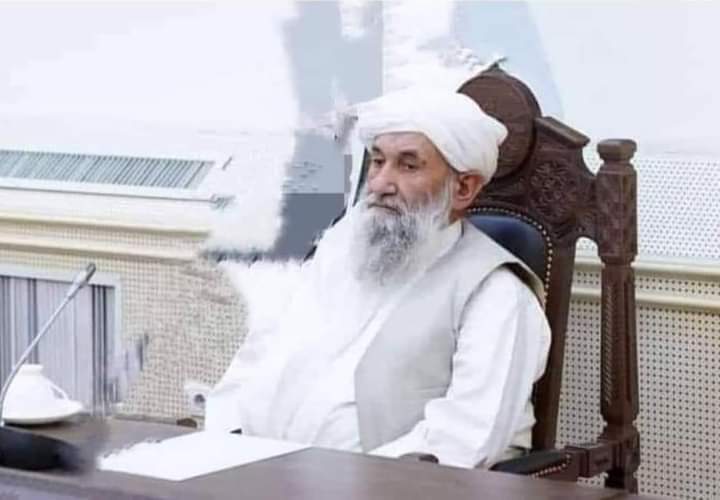 The Islamic Emirate of Afghanistan would grant women their rights in line with the Islamic law and treat them better than the previous administration did, he promised.

But the premier, speaking ahead of next week’s meeting between the United States and the Taliban in Doha, would not say how the new government would provide freedoms to Afghan women.

In a 30-minute speech simulcast on the state-run radio and television on Saturday night, Akhund directed the Taliban to keep their doors open to the people and be kind to them.

He said the Taliban had held out three promises to the people — ending the country’s occupation, establishing a truly Islamic state and boosting security. All those promises had been kept, he claimed.

But he noted there had been rumours about increasing unemployment and price hike since the Islamic Emirate’s takeover in mid-August.

The prime minister rejected such claims as views of ignorant people, characterising the current situation as the handiwork of the previous government.

He went on to ask whether the problems had arisen with the Taliban takeover or existed already. “The Emirate has not promised you sustenance, Allah has promised food for all. Let us beseech Him. He will resolve our problems.”

Akhund insisted problems growing unemployment and the financial meltdown existed during the US-backed government. The Afghans should not be moved by claims that the Taliban were to blame for the current situation, he stressed.

“Remnants of the previous regime, who are currently in hiding, are … causing anxiety and misleading the people to distrust their government,” he alleged.

The ousted government ran “the weakest system in the world”, he charged, pointing to pervasive corruption. In contrast, he said, the Taliban were trying to eliminate corruption and had brought security to the country.

“We are trying as much as possible to solve the problems of the people. We are working overtime in every department,” Akhund said, adding the group had formed committees to try to resolve the economic crisis and pay salaries to government employees.

Akhund urged people to pray for an end to the famine, which he called “a test from God, after people rebelled against Him.”

He called on all officials, especially governors, district chiefs, police heads and judges, to keep the doors of their offices open to the public and not to impose patrols and chains on themselves.

In some cases, he revealed, people using the Taliban’s name went to people’s homes and harassed them, urging them to disarm and arrested them immediately.

He added he often heard rumors that people were not safe, especially those who had worked under the previous regime.

Akhund dismissed demands for an inclusive government, saying the present set-up had representatives from all ethnic communities around the country.

“We assure all countries that we will not interfere in their internal affairs, and we want to have good economic relations with them,” Akhund said.

“We are drowned in our problems, and we are trying to get the strength to bring our people out of miseries and hardships with God’s help,” he continued.

The prime minister urged international charity organisations not to withhold their aid and to help the exhausted Afghan nation … so that the problems of the people could be sorted out.

His speech drew a mixed response in the media, with people reacting differently to his remarks.