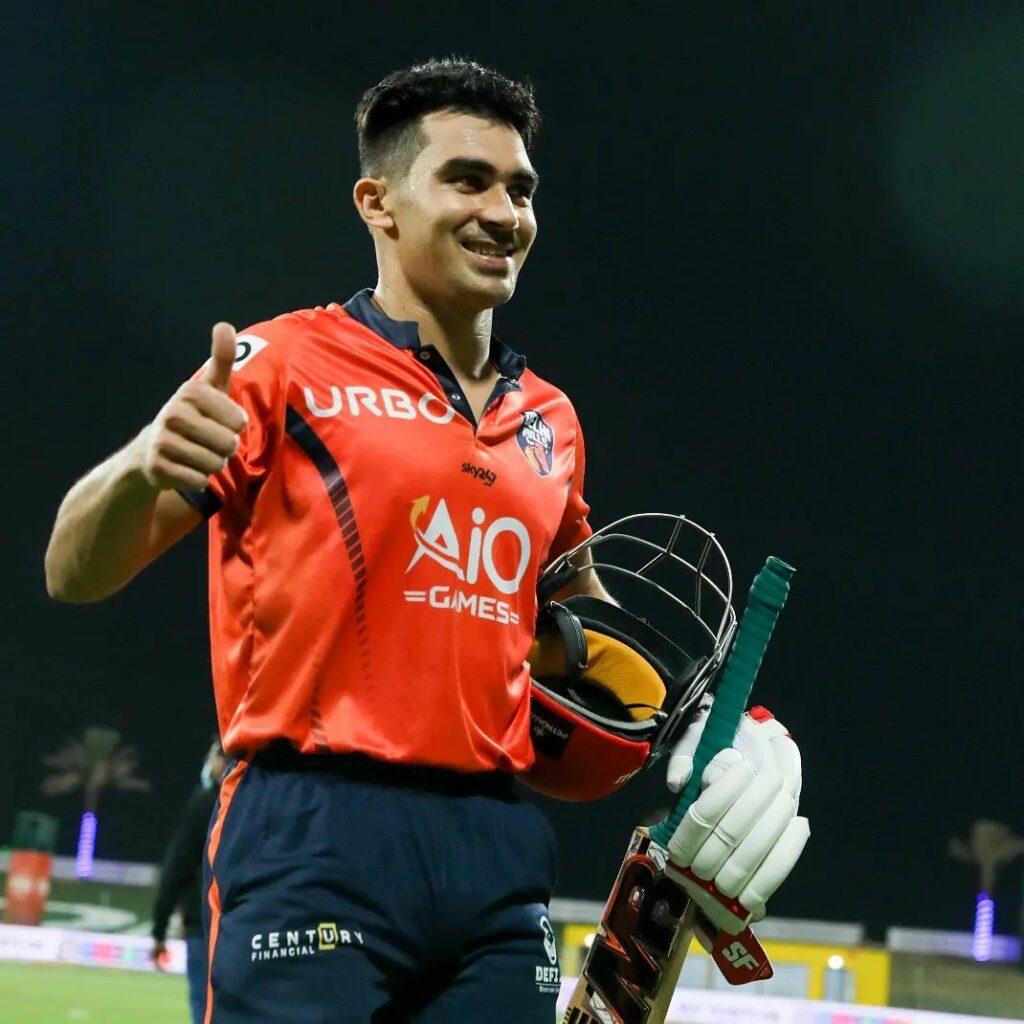 Batting first, the Chennai Braves posted a modest total of 80 for the loss of four wickets in the 28th match of the event at the Sheikh Zayed Stadium.

Gurbaz was all over the Chennai bowlers like a rash and made a mockery of the total by chasing it down in mere 4.1 overs with 10 wickets to spare.

Facing just 16 deliveries, the 20-year-old hit five boundaries and six gigantic sixes on his way through to a personal score of 57. He in fact brought up his half-century in 14 deliveries at a mind-boggling strike rate of 356.25 per 100 deliveries.

His 50 off 14 deliveries is the fastest half-century in the Abu Dhabi T10 this season.

How he dominated the proceedings and hogged the limelight is evident from the fact he finished the chase in mere 20 minutes.

His partner at the other end – Chanderpaul Hemraj – to beat the Chennai bowlers black and blue as he hit 24 runs in nine deliveries with the help of three fours and a six.

Earlier, courtesy some disciplined bowling by the Delhi Bulls, the Chennai batters never really got going, with only their skipper Angelo Parera (40 off 24 deliveries) showing some grit.

This loss was Chennai Braves’ 9th loss in 10 matches as they finish their campaign on the worst possible note. The Delhi Bulls advance through to the play-offs with six wins in nine matches so far.