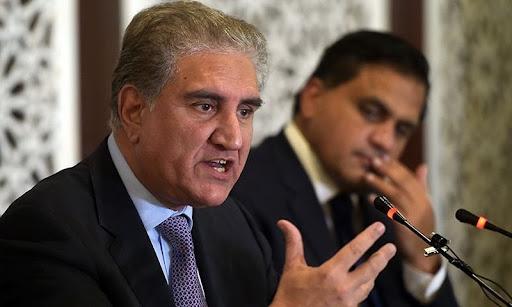 PESHAWAR (Pajhwok): The 17th extraordinary session of the Organisation of Islamic Cooperation’s Council of Foreign Ministers would reach consensus on steps to improve the situation in Afghanistan. Pakistan hoped on Saturday.

Ahead of a meeting of senior officials from participating countries in Islamabad, Foreign Minister Shah Mahmood Qureshi said he was “very happy” that Pakistan’s stance was being supported by the global fraternity.

Islamabad has consistently been saying that a humanitarian crisis may arise in Afghanistan, whose economy could collapse if corrective measures are not taken.

Pakistan and other Muslim countries would move a step closer to building consensus on supporting Afghanistan, the foreign minister added.

The world was increasingly concerned about millions of Afghans facing malnutrition and economic problems, stemming from the effects of a non-functioning banking system, he continued.

Qureshi showed reporters the copy of a letter that 37 US congressmen have addressed to S Secretary of State Antony Blinken.

In their letter, the congressmen say: “It is our responsibility, our moral obligation, to avert a humanitarian crisis” in Afghanistan.

Around 437 delegates have registered for taking part in the OIC summit. A meeting would be held today to discuss the agenda and working plan for the Council of Foreign Ministers’ session.

“I am confident that we will reach consensus this time … If we take the right steps, there can be peace in the region and prosperity in Afghanistan,” he commented.

“And God forbid, if we don’t take timely steps and correct decisions, Afghanistan could face another crisis, and all of its neighbours will be affected,” the minister warned.