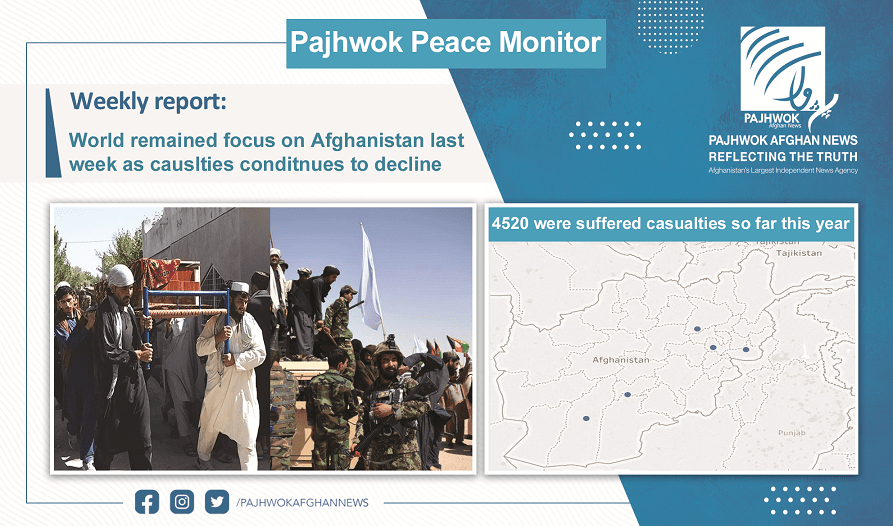 KABUL (Pajhwok): Last week, the Organization of Islamic Cooperation (OIC) and other major countries of the world remained focused on Afghanistan where casualties further declined.

Three kidnappers were killed during a firefight with security force in Jalalabad, the capital of eastern Nangarhar province. A suicide bomber was gunned down before he could detonate his explosive vest in front to the Passport Office in capital Kabul.

In Uruzgan’s Dihraud district, a former policeman was killed by unidentified gunmen while a man named Haji Dad Ali was killed in the TalaWaBarfak district of Baghlan province.

No group has claimed responsibility for these attacks. 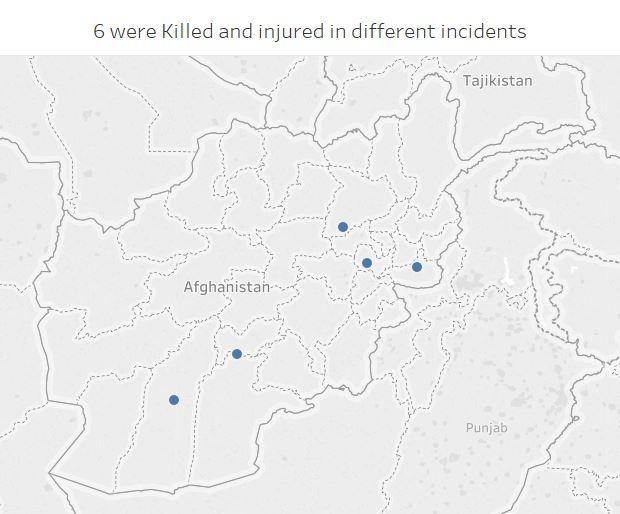 According to reports, 12 people were killed and 13 others injured in criminal and other attacks nation-wide in the previous week.

During the conflict in the past government, hundreds of people were weekly killed and injured.

An extra-ordinary meeting of the Organization of Islamic Cooperation (OIC) foreign ministers was held in Pakistan’s capital Islamabad last week in which around 70 members states and observes participated. US, China, Germany and EU representatives also participated in the event.

The meeting picked OIC special representative for Afghanistan Tariq Ali and announced the creation of a Trust Fund for Afghanistan’s humanitarian support.

After the takeover of the Taliban government, US froze nearly $10 billion of Afghanistan reserves and imposed some sanctions on Afghanistan that caused economic crisis.

The OIC meeting demanded the release of Afghanistan’s reserves and asked the new government to ensure inclusiveness and ensure women and girls rights were upheld.

Russia last week said it was working with allies on a joint strategy to recognize new Afghan government. Russian President Vilademir Putin said Moscow wanted peace and stability in the region and they were concerned at spread of terrorism and drugs into Central Asian States.

Indonesia said Jakarta was willing to open its diplomatic mission in Kabul for the continuation of humanitarian support for the people of Afghanistan.

Forty-six members of US Congress asked the US Treasury Department to free Afghanistan’s frozen assets.

This comes as US Treasury Department announced the issuance of three more licenses to facilitate the delivery of humanitarian support to Afghanistan.

UN Security Council last week approved a resolution tabled by US to facilitate the delivery of humanitarian assistance to Afghanistan. The resolution passed on Wednesday states that “payment of funds, other financial assets or economic resources, and the provision of goods and services necessary to ensure the timely delivery of such assistance or to support such activities are permitted”.

They discussed the current situation in Afghanistan and its impact on the region. The ministers reiterated strong support for a peaceful, secure and stable Afghanistan while emphasizing on respect for sovereignty, unity and territorial integrity and non-interference in Afghanistan’s internal affairs.

They also discussed the current humanitarian situation and decided to continue to provide immediate humanitarian assistance to the Afghan people. The ministers reaffirmed the importance of UNSC Resolution 2593 (2021) which unequivocally demands that Afghan territory not be used for sheltering, training, planning or financing terrorist acts and called for concrete action against all terrorist groups. The Ministers also agreed to continue close consultations on the situation in Afghanistan.

Afghanistan Acting Foreign Minister Ameer Khan Muttaqi said that peace and security had established in Afghanistan and no country was being threatened from Afghanistan. He stressed the world need to interact with Afghanistan since there is unified and strong government.

He asked OIC nations to open their embassies in Kabul.

Saudi Arabia has assured continued cooperation with Afghanistan and pledged 200 tonnes of humanitarian aid. Saudi Arabia said aid announced by some countries recently was not enough.

Last week, the delivery of aid provided by China earlier was started in Afghanistan provinces.

Last week, tens of people rallied in capital Kabul and said people were facing hardship due to US sanctions on Afghanistan and demanded the release of Afghanistan reserves.