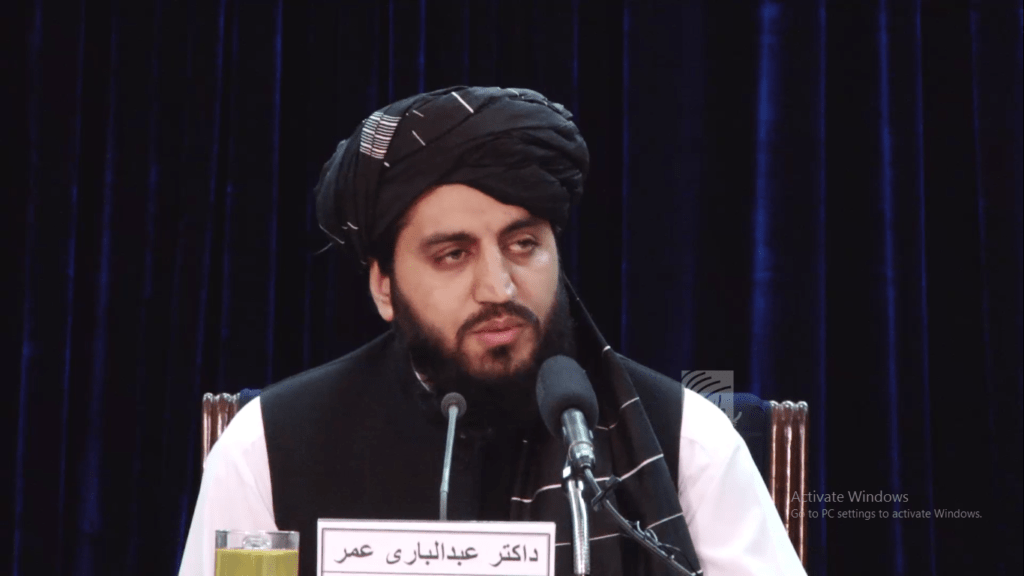 KABUL (Pajhwok): Ten thousand people contracted Coronavirus and of them 650 people died of the infection nationwide during the past five months, the acting public health minister said on Saturday.

Acting Public Health Minister Dr Abdul Bari Omar told reporters in Kabul that they had taken measures to check the spread of Covid-19 and 8000 to 12000 people were administered vaccine on a daily basis.

He acknowledged lack of resources to establish Covi-19 treatment hospitals across the country but said efforts were underway to control the situation with foreign assistance.

Dr. Omar said they had discussed with UNICEF the establishment of 10 oxygen producing plants in order to avoid its shortage.

He urged the international community to keep politics away from health and help the Afghans in this regard.

The acting public health minister called malnutrition of children another challenge, which he linked with poverty, not breastfeeding children by their mothers and unhygienic food items sales in the market. He said currently 3.2 million children in Afghanistan faced malnutrition.

However, he said they were working jointly with UNICEF and the World Health Organization to cope with children’s malnutrition.

He also shared information about child births, saying 20000 women delivered children through C-section and 398,000 babies conceived naturally across the country.

Dr. Omar also talked about the situation and population of drug addicts in the country, saying 3.5 million people were addicted to drugs.

He said every addict spent three dollars to buy drugs and this way they totally spent 10.5 million dollars a day. However, he said they had taken measures to treat the addicts and during the past three months, 7800 addicts were collected, treated and reunited with their families while 7000 more addicts were under treatment.

He said 88 rehabilitation centers for drug addicts existed across the country, but only three of these centers had own buildings and the rest were operated in rented houses.

In order to monitor the quality of health services, Dr. Omar said, they had set up a committee, which had so far closed 100 substandard health centers in Kabul.

He said 40000 drug stores existed across the country and only 16000 of them had been registered and the rest were unregistered.

The public health minister shared the information at a time when health services have been disrupted in recent months across the country, creating problems for people.

According to the ministry, the health sector was 90 percent dependent on foreign aid, which has been suspended, but efforts are being made to convince the world and solve the existing problems.