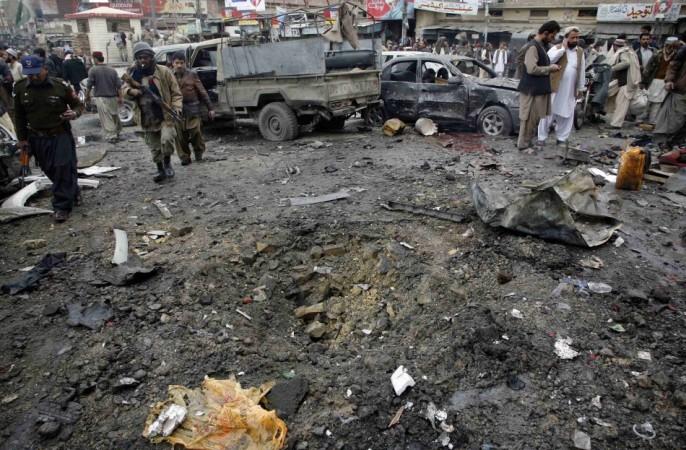 PESHAWAR (Pajhwok): Four people have been killed and 10 others wounded in an explosion in Pakistan’s southwestern Balochistan province, local officials say.

Levies officials said the blast occurred in the Mat area of Dera Bugti district on Friday, when a vehicle struck a roadside bomb.

Offering condolences to the families of the victims, the chief minister said the enemies had once again resorted to spoiling peace in the province.

The blast came a day after 10 security personnel were killed in an exchange of gunfire with terrorists in the Kech area of the province.

The Inter-Services Public Relations (ISPR) said in a statement terrorists fired at a security check-post in Kech on Thursday night.