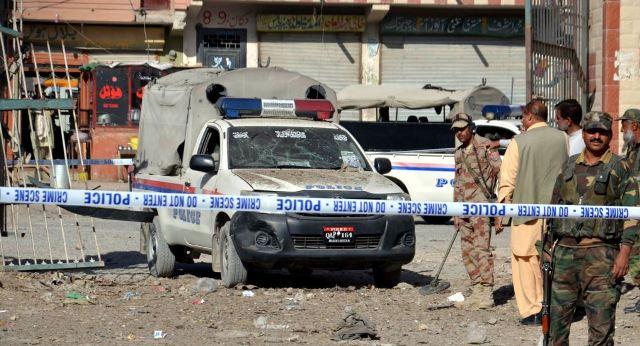 PESHAWAR (Pajhwok): Three people, including a police officer, have been killed and 24 others injured in an explosion in Pakistan’s southwestern Balochistan province.

The bomb went off near a police vehicle in Quetta, the provincial capital, on Wednesday evening, a senior police official said.

The dead included a deputy superintendent of police, he said, adding two dozen individuals were wounded. Policemen are said to be among the injured.

The injured were evacuated to Quetta Civil Hospital for medical treatment, said Dr Waseem Baig, spokesman for the hospital.

At least 13 terrorists were killed and seven security personnel, including an officer, martyred in armed attacks on two security camps in Balochistan last month.