Lyons: Word has no option but to deal with Taliban 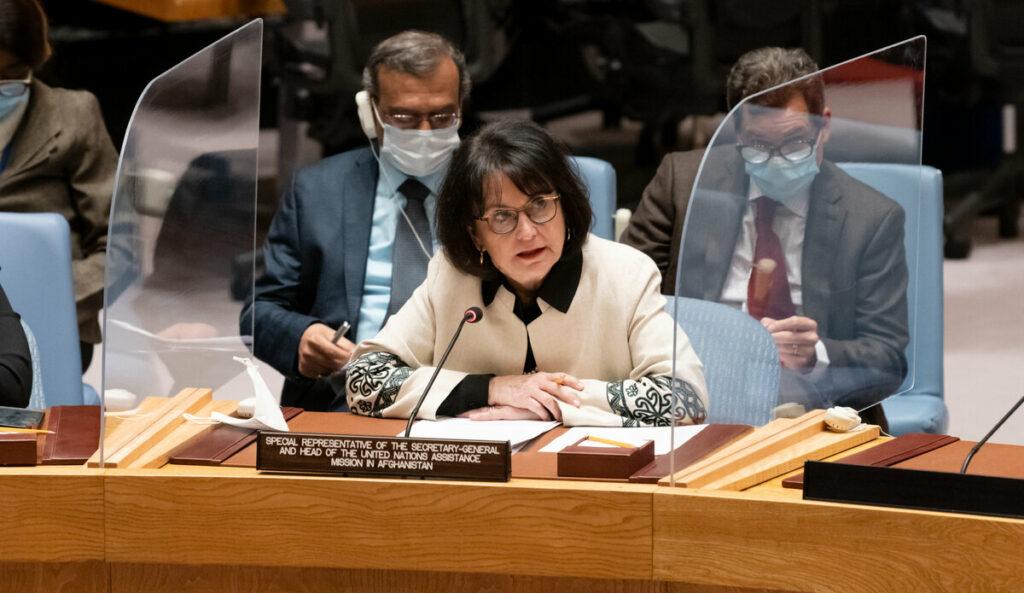 Lyons: Word has no option but to deal with Taliban

As a result, the war-torn country’s economy was nearing the point of irreversibility, Deborah Lyons told the UN Security Council’s session on Afghanistan on Wednesday.

With Afghanistan heading to a tipping point, the UN envoy warned of the closure of more businesses close. She also feared an increase in unemployment and poverty.

The Afghan economy has been on a nosedive since mid-August 2021 when the Taliban returned to power US troops pulled out of Afghanistan in a chaotic manner.

Western media outlets quoted the UN envoy as hailing the issuance of a general licence by the US Treasury, facilitating commercial and financial activity and allowing work with governing institutions.

She, however, explained the absence of foreign development aid, restrictions on international payments and constraints on Da Afghanistan Bank continued to pose serious challenges.

She added: “The Taliban feel misunderstood and complain that our reports do not reflect the reality as they see it. They tell me that we underappreciate their achievements and exaggerate the problems.”

The Security Council is due to vote on the renewal of UNAMA’s mandate on March 17. Lyons urged the powerful council to design a proper mandate to fit the purpose of the mission.

“Your deliberations and decisions on the mandate in the coming weeks have immense consequences. They will resonate across the region and the world, but more importantly, they will be felt in every village in Afghanistan,” she commented.