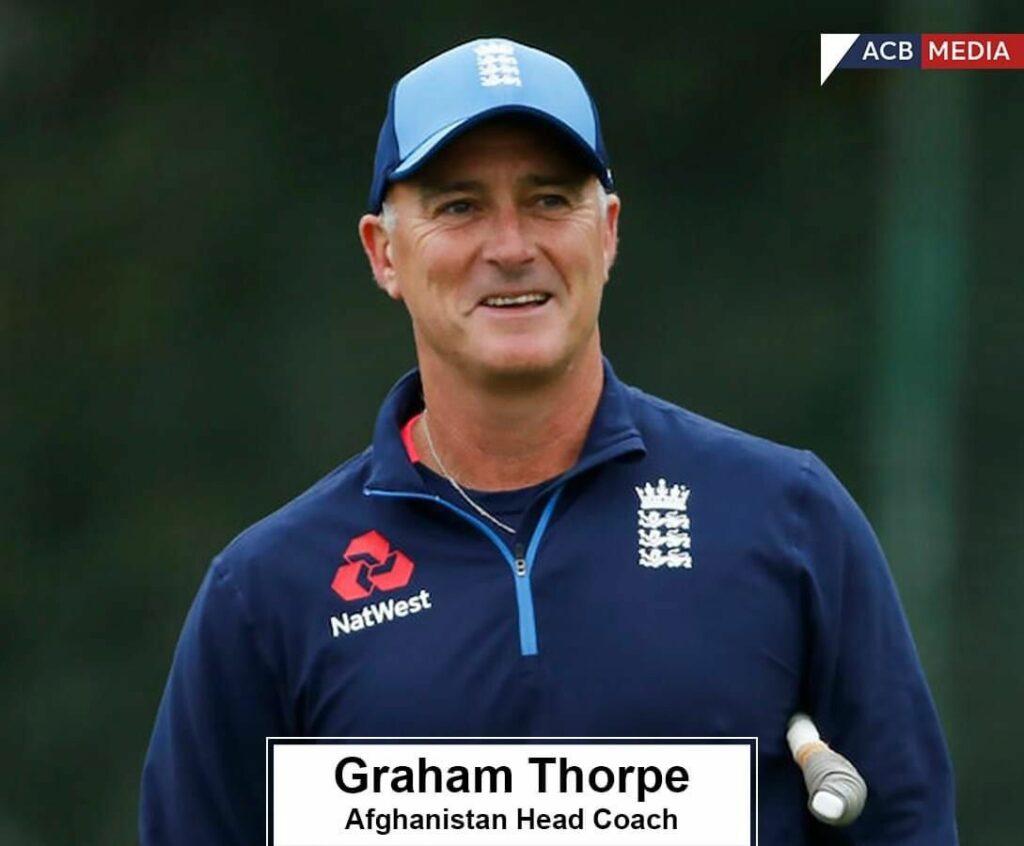 He will step up into the role of head coach ahead of the upcoming international events in Afghanistan. Afghanistan Cricket Board said in a statement on Tuesday.

After his tenure as a cricketer, Thorpe took to coaching roles at different levels, the biggest of them being the batting coach for the English National team from April 2011 to September 2019. He has worked with all the England players across international formats, completed 6 England lions tours and 12 England senior men’s tours. He has also worked as a lead batting coach with World Cup Winner England Team during the 2019 CWC.

It’s to mention, that the ACB had launched the recruitment process for hiring a new head coach, through which Graham Thorpe was selected as the best available nominee for the position.