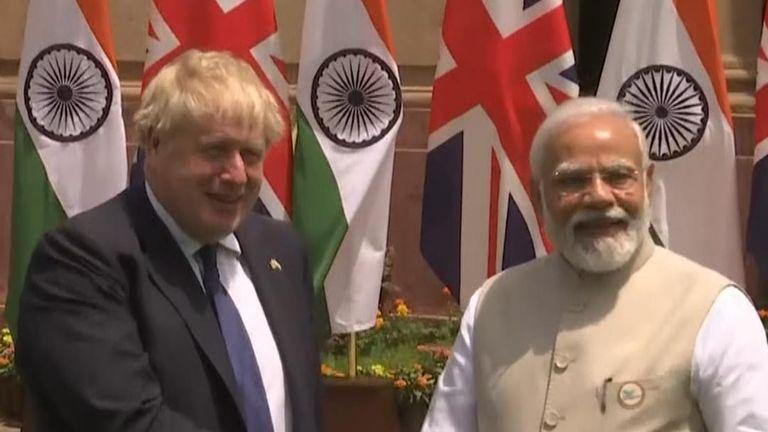 KABUL (Pajhwok): The prime ministers of Britain and India have called on the Taliban government to allow girls’ return to secondary schools.

Prime Ministers Boris Johnson and Narendra Modi also voiced their deep concerns on Saturday about the humanitarian situation in Afghanistan.

A joint statement issued after their meeting said: “On Afghanistan, both sides expressed their serious concern about the humanitarian situation, violations of human rights and the hampered access of girls and women to education.”

According to NDTV, Modi commended the UK’s role in co-hosting the UN Afghanistan Conference for the humanitarian response on March 31.

For his part, Johnson also appreciated the role India was playing in providing medical and food assistance to the people of Afghanistan.

They underlined the importance of United Nations Security Council (UNSC) Resolution, saying Afghan territory should not be used for sheltering, training, planning or financing terrorist acts.

The statement added they called for concerted action against all terrorist groups, including those sanctioned by the UNSC

While pledging continued humanitarian aid to the Afghans, they stressed the need for a representative and inclusive political system in support of a peaceful, secure and stable Afghanistan.