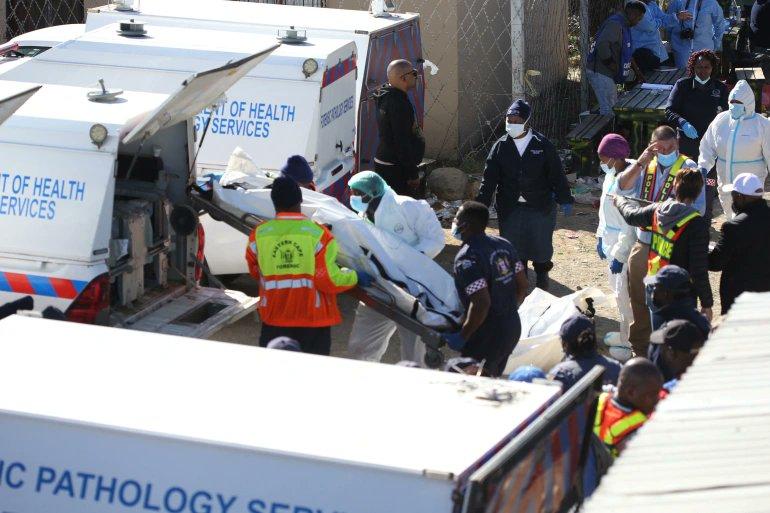 ATLANTA (Pajhwok): At least 22 bodies of young people have been found at a nightclub in the East London area of South Africa, media reports said on Monday.

Police recovered the bodies from a bar on Sunday. They have launched an investigation for the incident.

The police chief told journalists that most of the dead were believed to be aged between 18 and 22 years.

Authorities have yet to establish the cause of the tragedy, which happened during end of school year celebrations by teenagers, The Guardian reported.

Pictures shared on social media showed bodies with no noticeable signs of injuries, lying on the floor of the club¸the newspaper added.