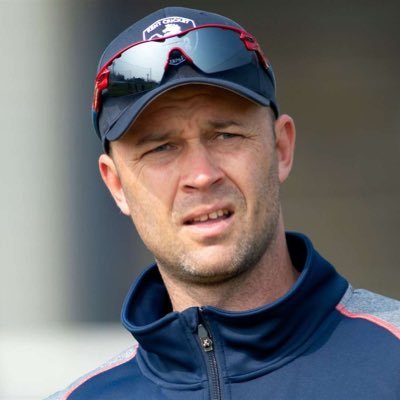 ACB said that Trott had taken over as Afghanistan’s new head coach, with his first assignment coming during a T20I tour of Ireland in August.

This is the first time for the 41-year-old to coach a men’s senior team in international cricket, although he has had a few stints as batting coach for England.

Most recently, a statement from ACB said, the ex-English batsman served a consultant with Scotland during the 2021 T20 World Cup

Trott had a storied time with England, especially in Test cricket, where he made 3,835 runs in 52 matches, and was one of the pillars of their Ashes triumph in 2010-11.

“I’m honoured and excited to have the opportunity to take one of international cricket’s most exciting teams through what is a huge year for their development as a team,” Trott was quoted as saying by ACB.

“I also believe that Afghanistan proved to be a hot-bed of talent, and has produced players capable of playing the game in their own style and with unrivalled passion. I can’t wait to get to work with a group of players who are clearly capable of generating results in a style that will make the people of Afghanistan proud.”

Afghanistan had unveiled Graham Thorpe as their new head coach in March 2022, but two months later he fell seriously ill, prompting a change of plans.

Despite this uncertainty, Afghanistan won each of their six limited-overs matches on a tour of Zimbabwe with Raees Khan Ahmadzai as interim head coach, former captain Nawroz Mangal as batting coach, former Pakistan bowler Umar Gul as bowling coach, and South Africa’s Ryan Maron as fielding coach (only for six months).

Afghanistan’s Ireland tour will begin on August 9 with the first of five T20Is. The side is also set to feature in this year’s Asia Cup in the UAE next month and the T20 World Cup in Australia in October

There is also a three-match ODI pending against Pakistan, likely to be played at a neutral venue.