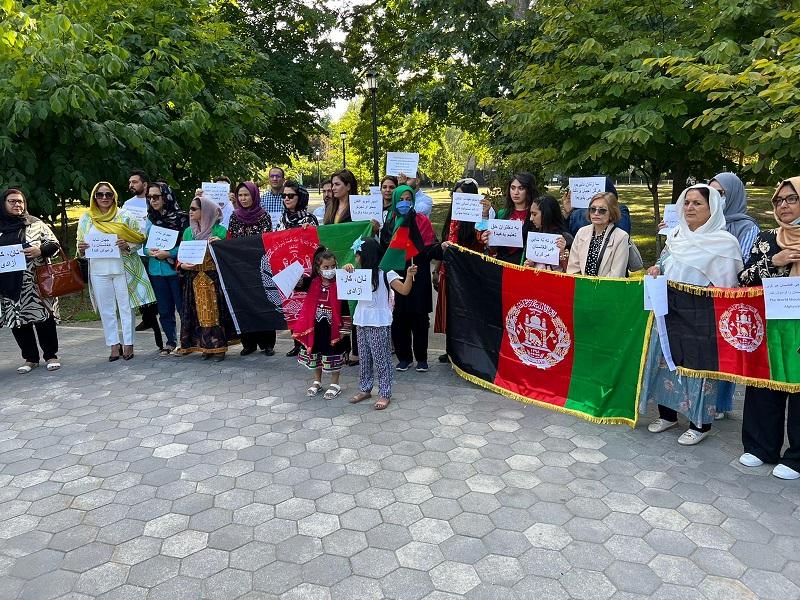 KABUL (Pajhwok): Afghan civil society, political activists Afghans in exile, and refugees around the world have demanded the start of a constructive dialogue between the opposing parties in Afghanistan to share an inclusive government.

World leaders and politicians were asked to apply diplomatic pressure and legal sanctions on the Taliban, obliging them to start a constructive dialogue between the opposing parties to share an inclusive government.

It was urged by Afghan civil society, political activists Afghans in exiles and refugees around the world in a declaration mourning August 15, the black day of the fall of the country and the return of the Taliban group they demanded

Now, the time has come for the world to stand by and with the citizens of Afghanistan who demand restoring a system based on democracy.

The statement termed Doha agreement between the United States and the Taliban was the main reason for the breakdown of democracy in Afghanistan.

This agreement between the US and the Taliban has left the country in crisis.

This fall ultimately resulted in the isolation of the country and the collapse of democratic structures and has put the lives of its citizens in a critical situation.

In the past year, the Afghans have been deprived of fundamental rights, such as the right to political participation, work, and education.

Women and girls have borne the brunt of this deprivation, and their social, cultural, and civil liberties have been stripped away.

The Taliban have dismantled the media and freedom of speech, restricted civil space for human rights activities, eliminated the rule of law, abolished judicial institutions, harshly discriminated against women and religious and ethnic groups, and even committed genocide.

The Doha Agreement has legitimized the Taliban holding the country and its people hostage for a year. The crisis has been exacerbated by economic collapse, natural disasters, and famine.

The totalitarian Taliban regime has caused a mass exodus of academics, businesspeople, and scientists.

The Afghan people have suffered through wars and civil conflict for five decades, and women have borne the brunt of these conflicts.

However, in the last twenty years, the lives of the Afghan people and especially those of the women, have greatly improved.

Afghan women have made significant progress in gaining their civil and political rights and improving human rights in the country.

Sadly, this past year has seen all this ripped away from the women and men by the Taliban government.