Floods cause financial losses to residents, farmers in Kunar 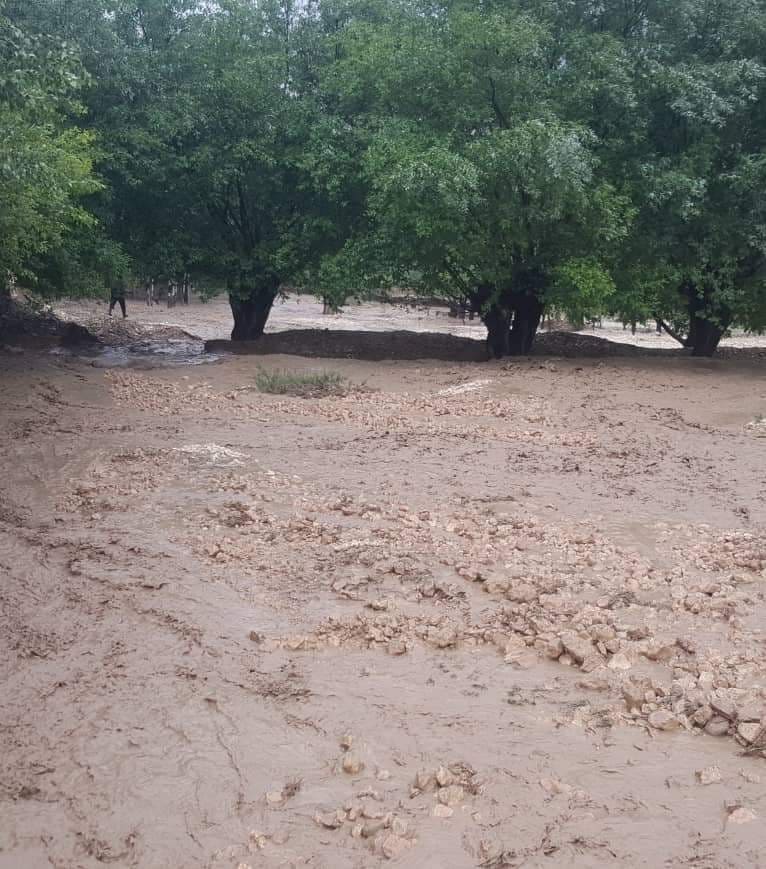 Floods cause financial losses to residents, farmers in Kunar

Ihsanullah, damage assessment manager at the Disaster Management Authority, told Pajhwok Afghan News the floods swept away a water network, a mosque, 65 houses and crops on hundreds of acres of land.

He said survey and investigation teams had been sent to the affected areas to reveal the number of affected people and the extent of the damage.

“Initial information shows 23 houses have been destroyed in Sawki district, five houses in Watapur, 15 in Khas Kunar, and 22 in Pech Dara due to rains and floods.”

He said a mosque in  Babru area of ​​Sawki District and a water network in Pech Dara District were destroyed.

He had discussed the provision of aid to the flood victims with representatives of charity organizations and hoped the deserving families would receive the assistance soon.

Ghulam Farooq, a resident of Barkandi area of ​​Pech Dara district, said the roofs and walls of his house three rooms collapsed due to last night’s rains and floods and three members of his family were injured.

‘Most of our house is destroyed, we are currently living in one room with many difficulties. The drinking water network of our village has also been destroyed and the people do not have access to clean water.” He asked the government to provide urgent assistance to the people.

Jantagul Fida, a resident of Watapur district, said: “The road between Kunar and Nuristan, on which residents of three districts of Kunar travel, has been damaged by the recent rains.”

It is pertinent to mention here that recently people suffered heavy life and financial losses due to heavy rains and floods in different regions of the country.

The Meteorological Department on Tuesday predicted rain, lightning and floods in 19 provinces of the country today and tomorrow and temporary strong winds in three provinces.