‘No systematic crackdown on Afghans who worked with US, past govt’ 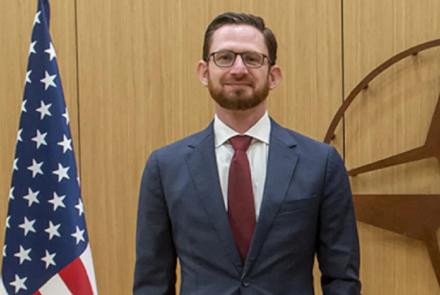 ‘No systematic crackdown on Afghans who worked with US, past govt’

PESHAWAR (Pajhwok): US Special Representative for Afghanistan Thomas West has said he saw no systematic crackdown on Afghans who worked with the US or in the past government.

The diplomat acknowledged the Islamic Emirate regime was largely respecting agreements to allow Afghan citizens to leave the country.

He saw no “systematic, nationwide” crackdown on the Afghans who worked with US forces or the previous government of Ashraf Ghani.

“I think that the Taliban are sincere in wanting to see a policy of no reprisals,” he said, assailing the Trump administration’s decision on troop pullout.

Civil strife may emerge in Afghanistan, which is currently in the thick of serious economic and humanitarian crises, warns a top US diplomat.

Thomas West issued the warning while speaking at Center for Strategic and International Studies in Washington on Wednesday.

AFP quoted the Biden administration’s pointman as saying the Taliban,who came to power in August 2021, had been unable to build bridges.

West remarked: “I really do fear — and I think this is a consensus — that what we see now is a pause in 44 years of conflict and that we could see a return to civil war in time.”

The envoy added: “Within our analyst community, the question is not if but when we will see the re-emergence of conflict.”

The incumbent Afghan rulers, he alleged, did not appear to be interested in representing the “richness or diversity” of the conflict-battered country.

Crack Down on Afghans
- Advertisement -