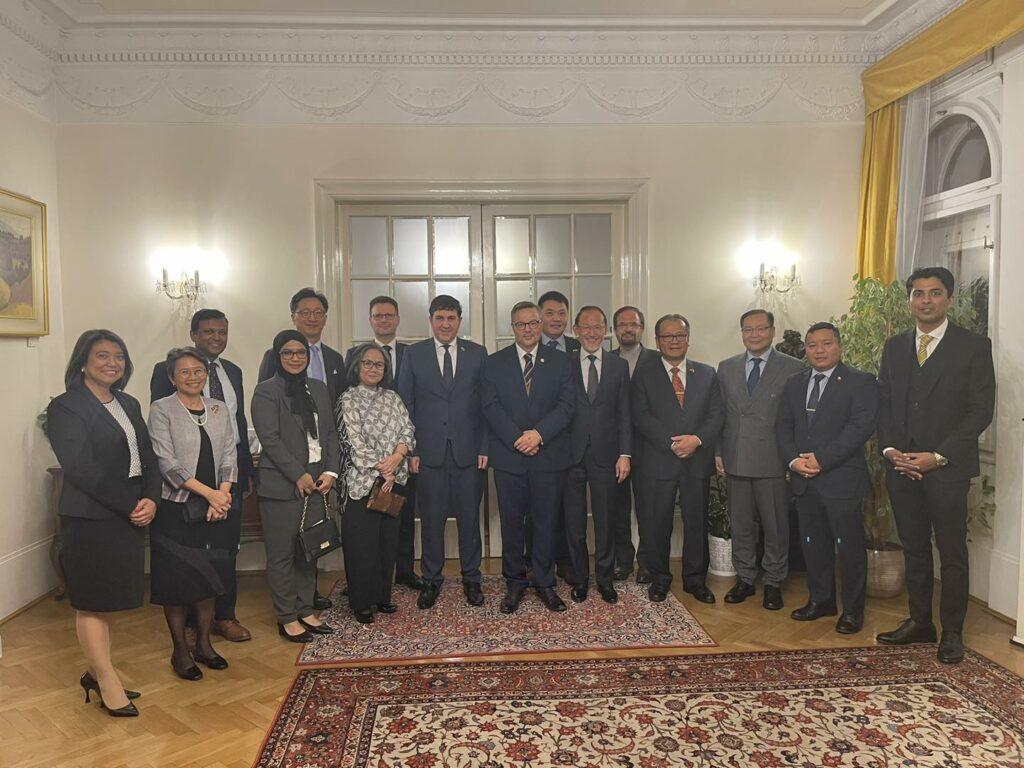 KABUL (Pajhwok): Czech Republic shared a common interest in cooperating in the Asia-Pacific region, focusing on economic growth and strengthening relations, according to a statement on Friday.

The comment was by Czech Republic Deputy Foreign Minister Tlapa during a meeting of the Ambassadors of Asia Group.

Afghanistan’s Ambassador to Czech Republic Aryobee Asian countries were interested in knowing more about the Czech Republic’s new strategy for Asia and how the Czechs and Europeans can cooperate with Asia on different political, economic, and scientific levels.

Ambassador Aryobee mentioned that from an economic point of view, the Czech Republic is highly important for Asia countries that can offer modern technologies, digitization, and the so-called Fourth Industrial Revolution.

Some important things, of course, to talk about are infrastructure, transportation, the aerial industry, and, last but not least, also about defense.

In addition, Ambassador Aryobee briefly talked about Afghanistan and shared information about the current economic and humanitarian situation.

The meeting discussed on its priority areas for partnership and cooperation with countries in the region, bilaterally and regionally, and to find common solutions for global energy and food prices.

It expressed confidence that such would contribute to the region’s stability, peace, security, and prosperity. Deputy Minister Tlapa said that Afghanistan is not forgotten, and as winter approaches, the Czech Republic will send it a humanitarian package.