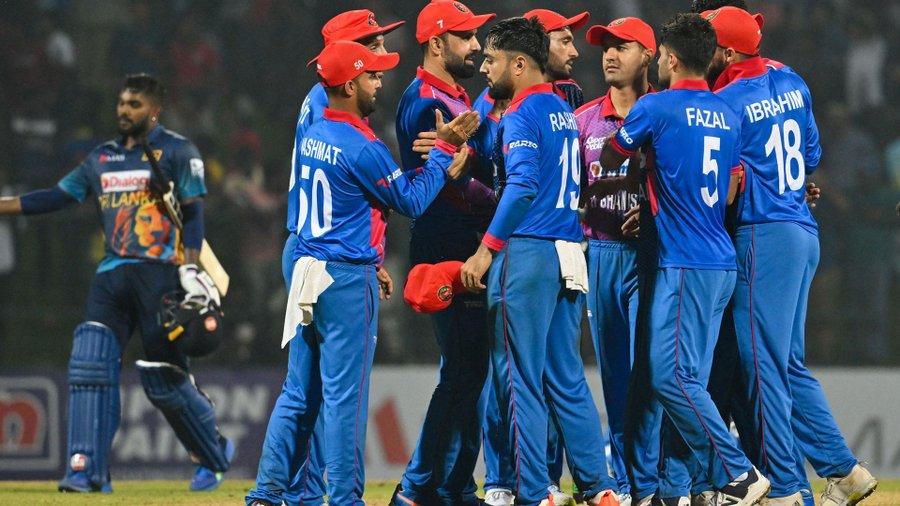 ATLANTA (Pajhwok): Afghanistan have confirmed their place at next year’s Cricket World Cup after their ODI against Sri Lanka was abandoned on Sunday due to rain.

The five extra points that Afghanistan receive in the ICC Men’s Cricket World Cup Super League standings takes the Asian side to a total of 115 points in the current cycle, the International Cricket Council said in a statement on Monday.

That has them sitting safely in seventh place on the current standings, with the top eight sides at the end of the Super League earning an automatic spot at the World Cup in India.

They can pick up a valuable 10 points and tie the current series by defeating Afghanistan in Pallekele on Wednesday in what now looms as a crucial match for both teams.

Sri Lanka will be hoping for another strong showing from their spinners in that deciding match, after their slow bowlers did well to reduce Afghanistan to just 228 in the clash ruined by rain on Sunday.

Half-centuries by Rahmanullah Gurbaz (68) and Rahmat Shah (58) had provided Afghanistan with a good start, but Waninudu Hasaranga (1/39) and Dhananjaya de Silva (1/37) helped slow the rate as the visitors were bowled out in the penultimate over.

Sri Lanka were 10/0 in the third over in reply when the rain came, ending what looked like being an exciting finish in the second ODI.