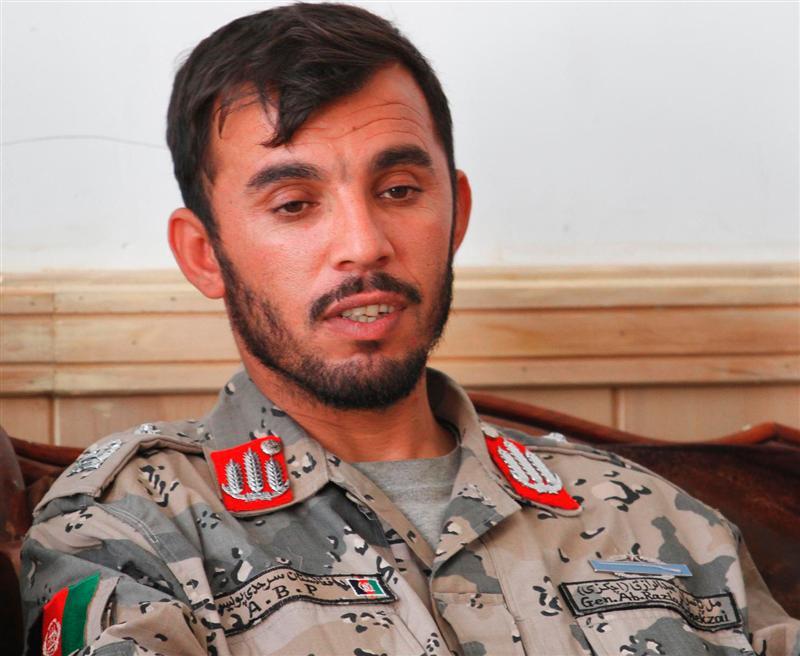 He hoped Raziq would be able to improve the security situation in Kandahar City, replicating his performance in Spin Boldak as border police commander, Arghistan, Maroof and Shorabak districts.

However, he said Raziq’s efforts at improving the situation would require cooperation from tribal elders and residents.

Speaking at the ceremony, Wali Karzai praised the services of Mujahid, who was killed in a suicide blast on April 15. Mujahid was a committed officer and his services would long be remembered, he said.

Karzai called Raziq’s appointment a good step toward brining peace and stability to the volatile region. The new police chief had blocked the infiltration of militants through border town over the last 10 years, he said.

He said the next four months were “very crucial” for the government with regard to security. The government wanted to take advantage of Raziq’s experiences, he added.

Speaking to Pajhwok Afghan News, Raziq said he had accepted the challenge and would try his best to serve the nation. He said all his acts would be in line with the law. He vowed reforms in the police department, saying he would not brook interference.

“I will try to deal with the problem of grouping in the police force. I give police a week to reform themselves and use only the resources allowed by the government. Everyone should know their limits.”