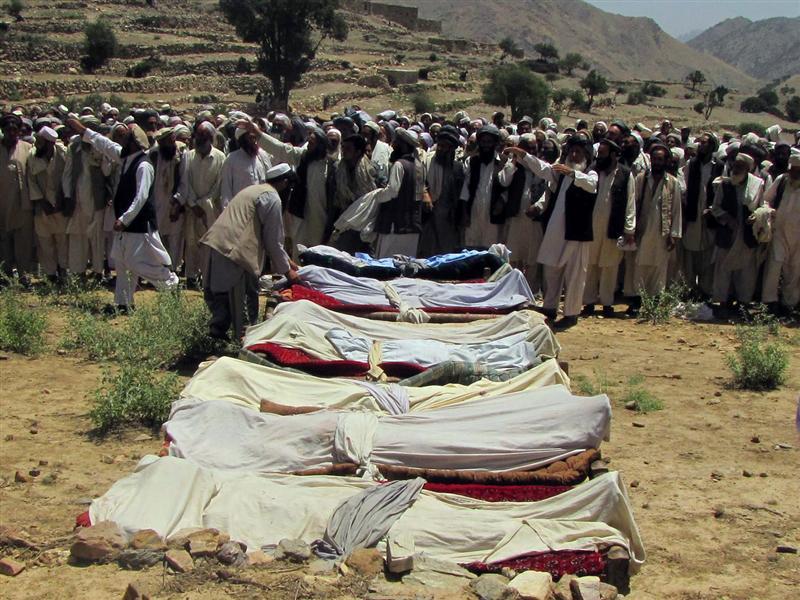 KHOST CITY (PAN Bank attacker was hanged, they would attack the judiciary department and judges across the country, a commander of the group said on Wednesday.

Zar Ajam should not be executed for killing civilians, because he attacked military personnel in civilian clothing, a Haqqani network commander, Salahuddin Ayubi, told Pajhwok Afghan News, while quoting the group leader.

Zar Ajam from North Waziristan in Pakistan entered the Jalalabad branch of Kabul Bank on February 19, wearing a police uniform, and opened fire on customers, many of whom were government employees waiting to receive their paychecks.

One by one, he killed a total of 40 people and injured more than 100 others. When he was detained, Ajam said that he enjoyed killing his victims.

President Karzai and the people of Nangarhar had demanded that the Supreme Court give the attackers harsh sentences. The apex court announced on Monday that Ajam and his accomplice, Matiullah, were sentenced to death.

Their collaborator Allah Dad was sentenced to 20 years in jail. The court has sent its decision to President Hamid Karzai for approval.

A Taliban spokesman, Zabihullah Mujahid, said that they talked with the Haqqani network and considered this to be a military issue, rather than a civilian matter.