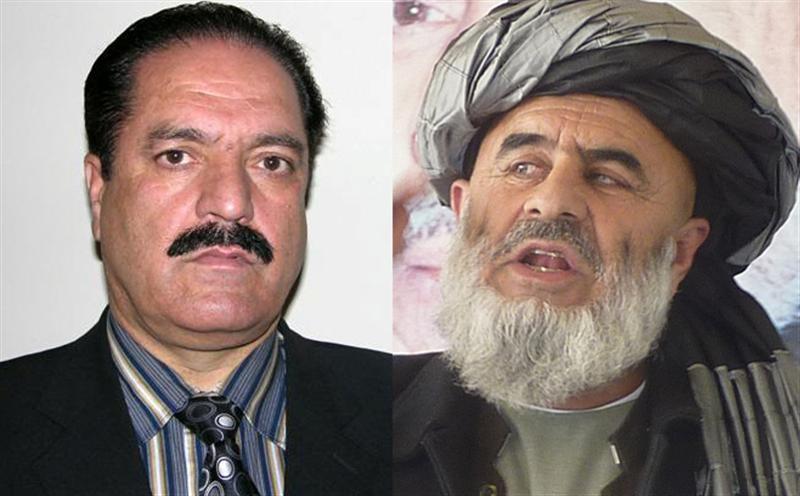 KABUL): A close aide of President Hamid Karzai and former governor, Jan Mohammad Khan, was killed in a gun attack on his residence in Kabul late on Sunday, police said.

A representative from central Uruzgan province in lower house of Parliament (Wolesi Jirga), Mohammad Hashim Watanwal, was also killed in the assault that took place in the Karti Char locality.

A police official, speaking on condition of anonymity, said that a suicide bomber blew himself up at the entrance of Khan’s house, enabling his associates to storm the house.

Another security official said a son of Jan Mohammad Khan and his three guards were also killed in the attack. At least two bombers have held hostage Khan’s family, he said. Security forces were inching slowly toward the venue to rescue the family, the official said on condition of anonymity. Afghan and foreign troops have cordoned off the area.

The attack, which came hours after the much-publicized security transition process set in motion in central Bamyan province, triggered panic among residents.

The Taliban have claimed responsibility for the attack, with rebel spokesman Zabihullah Mujahid saying their two fighters launched the assault. He claimed a number of policemen were also killed.

Khan was former governor of central Uruzgan province and adviser to President Karzai. He was member of the Upper House in the previous Parliament. Gunmen stormed his house and shot him dead, Zahir said.

Police engaged with the attackers, killing one of them, with the gun-battle still continuing, he said.

The killing follows the murder of the president’s younger half-brother, Ahmad Wali Karzai, last week by his bodyguard in Kandahar city.