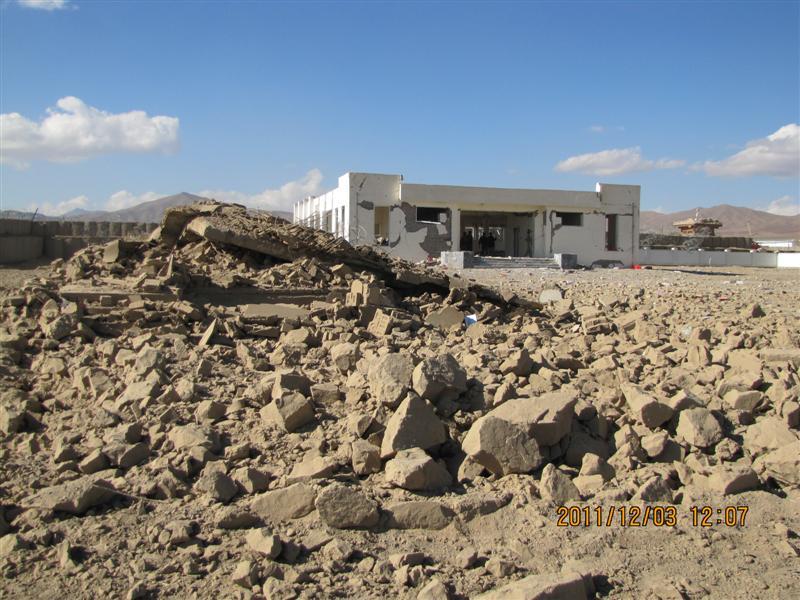 As usual, the Taliban claimed responsibility for the assault that happened in Muhammad Agha district at 8am. Insurgent spokesman Zabihullah Mujahid said dozens of foreign soldiers were killed and wounded in the attack, carried out by Mohammad Idris, 50.

The injured, including women and children, were under medical treatment, a doctor on duty at the main district hospital, Mohammad Shakib, told Pajhwok Afghan News.

The victims included people who were wounded inside their houses near the site. Four of the seriously wounded people were transferred to Kabul, he said.

On the other hand, the Logar crime branch chief said the explosives-laden fuel tanker exploded near a US-led coalition facility, situated close to civilian houses.

Col. Mohammad Abid Jan said two policemen and three intelligence operatives were among the injured. “Windowpanes in buildings, as far as 100 metres from the base, were shattered as a result of the powerful explosion.” The vehicle was completely destroyed and some houses collapsed.

Meanwhile, Governor Attiqullah Ludin condemned the attack by the “enemies of Afghanistan‘s peace and stability and the spy agencies of foreign countries.” If the blast had taken place on a working day, many people would have suffered casualties, he remarked.

Five US soldiers were injured inside the camp, an official said on condition of anonymity.

Mohammad Agha district chief, Abdul Hameed Hamid, said the explosion had caused losses of $700,000 to area residents. A clinic, a community centre and an office of the Care International were destroyed, he added.

Seven of his family members were injured in the incident, said a resident of the district, Ahmad. “While taking breakfast, we heard the massive explosion that smashed windowpanes in our home and injured seven family members.”

Javed, a seven-years-old who was injured in the incident, said: “I just heard the explosion. When I regained consciousness, I found myself on a hospital bed.”

In Kabul, the ISAF media confirmed the incident, but they gave no further details. It said they were yet to receive exact casualty figures.