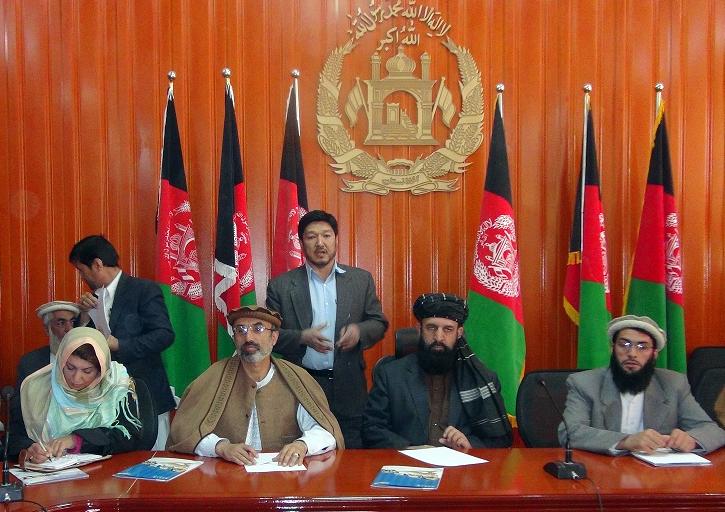 GHAZNI CITY (PAN first deputy chairman said on Monday that no development work had been done in Ghazni ahead of 2013, when the southern province is scheduled to become the cultural capital of Islamic countries.

Mohammad Alam Ezedyar said: “Ministers of energy and power, finance, transport and culture promised that they will spend millions of dollars on different projects in the province, nothing has been done so far.”

Ghazni City was selected to serve as the Asian capital of the Islamic civilisation for 2013 by the Islamic Educational, Scientific and Cultural Organisation (IESCO) at a conference in Tripoli in 2007.

To host the event, a preparatory commission comprised of officials from different ministries was set up the same year. Later, the Cabinet decided to include provincial department officials in the panel, led by the governor.

Addressing a joint news conference with Governor Musa Khan Akbarzada, Ezedyar hoped the relevant ministries would step up efforts to vindicate the IESCO decision on honouring the province.

Governor Akbarzada confirmed that no work had been done since the selection of the province as Islamic cultural capital. “The central government had pledged to spend $200 million (9.9 billion afghanis), but the promise is yet to be kept.”

Although the US provincial reconstruction) has worked on some projects, the ministries concerned were yet to discharge their obligations, the governor lamented.