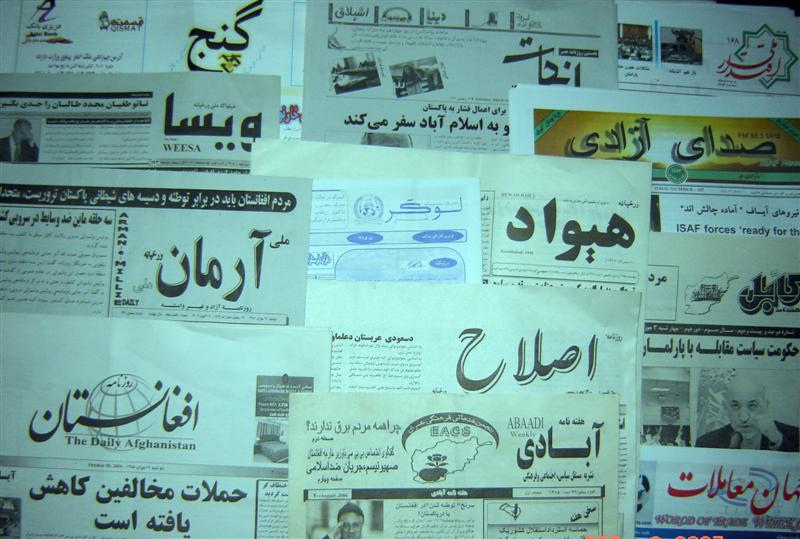 MAZAR-I-SHARIF (PAN): The newspaper industry in northern Balkh province is struggling to survive in the face of security concerns, declining readership and self-censorship.

No new newspaper could hit stalls in the province over the past three years after the existing ones lost credibility as a result of self-censorship by journalists. Most of them have been closed down.

But Balkh information and culture officials say the industry flopped because of its failure to ensure quality and provide readers with materials of their choice.

Qayyum Babak, whose daily Jehan-i-Naw was shut down four years ago, said newspapers began losing their ground with a rapid increase in th number of radio stations and television channels.

He added government officials and common people preferred watching TV channels and listening to radio instead of reading newspapers.

Another factor contributing to the industry’s collapse had been self-censorship — a result of personal compulsions and social restrictions.

He said his newspaper was closed down after its reporters were threatened for revealing the truth on certain issues. He recalled one of his reporters Kamdish faced numerous problems after he wrote a column.

Other reporters were demoralized by what happened to Kamdesh. It was self-censorship that led to the paper’s closure, Babak explained.

He said journalists across the country felt insecure and hence their inability to continue with quality journalism. He said newspapers needed bigger financial resources to be able to gather news and distribute them to far flung readers.

“Afghanistan is a country where the culture of reading is yet to strike root. Those who are fond of reading don’t want to pay for it,” he remarked. For certain reasons, print media had failed to find good market that is necessary to keep them running, he said.

Parkha daily official Ustad Zamir Saar said there were a fewer number of journalists who could perform their duty in a professional way.

He said most of newspapers in Balkh were associated with certain ethnic and political groups and thus unable to take care of what readers wanted.

Balkh Culture and Information Director Saleh Mohammad Khaliq said they had paved the ground for newspapers to run their businesses.

He said there were 29 papers that emerged on daily, weekly and monthly basis, but of all them had not been able to attract readers.

He acknowledged self-censorship and economic hardships had left the industry grappling to maintain self-sustenance.