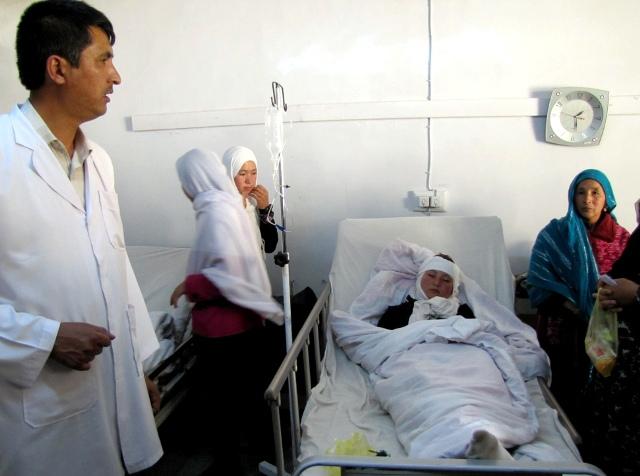 The Bamyan Girls’ High School students started vomiting and fell unconscious after smelling gas at their classrooms in the morning, said public health director, Dr. Rehana, who said the reason for their illness was being examined.  She said an investigation team had been sent to the school to know how it happened.

The girls started falling unconscious after smelling some kind of gas in their school, the education director, Mohammad Raza Ada, said.

One of the affected girls, Hamida, said as she entered her classroom, there was a bad smell and later she experienced fever and vomiting.